Fresh perspectives on some of the most influential films of John Ford. The Western is arguably the most popular and enduring form in cinematic history, and the acknowledged master of that genre was John Ford. His Westerns, including The Searchers, Stagecoach, and The Man Who Shot Liberty Valance, have had an enormous influence on contemporary U.S. films, from Star Wars to Taxi Driver. In John Ford Made Westerns, nine major essays by prominent scholars of Hollywood film situate the sound-era Westerns of John Ford within contemporary critical contexts and regard them from fresh perspectives. These range from examining Ford's relation to other art forms (most notably literature, painting, and music) to exploring the development of the director's reputation as a director of Westerns. While giving attention to film style and structure, the volume also treats the ways in which these much-loved films engage with notions of masculinity and gender roles, capitalism and community, as well as racial, sexual, and national identity. Contributors include Charles Ramirez Berg, Matthew Bernstein, Edward Buscombe, Joan Dagle, Barry Keith Grant, Kathryn Kalinak, Peter Lehman, Charles J. Maland, Gaylyn Studlar, and Robin Wood. Contents Part I Introduction, Gaylyn Studlar & Matthew Bernstein "'Shall We Gather at the River?': The Late Films of John Ford," Robin Wood "Sacred Duties, Poetic Passions: John Ford and Issue of Femininity in the Western," Gaylyn Studlar "The Margin as Center: The Multicultural Dynamics of John Ford's Westerns," Charles Ramirez Berg "Linear Patterns and Ethnic Encounters in the Ford Western," Joan Dagle "How the West Wasn't Won: the Repression of Capitalism in John Ford's Westerns," Peter Lehman "Painting the Legend: Frederic Remington and the Western," Edward Buscombe "'The Sound of Many Voices': Music in John Ford's Westerns," Kathryn Kalinak "John Ford and James Fenimore Cooper: Two Rode Together," Barry Keith Grant "From Aesthete to Pappy: The Evolution of John Ford's Public Reputation," Charles J. Maland Part II—Dossier Emanuel Eisenberg, "John Ford: Fighting Irish," New Theater, April 1936 Frank S. Nugent, "Hollywood's Favorite Rebel," Saturday Evening Post, July 23, 1949 John Ford, "John Wayne—My Pal," Hollywood, no. 237 (March 17, 1951), translated from the Italian by Gloria Monti Bill Libby, "The Old Wrangler Rides Again," Cosmopolitan, March 1964 "About John Ford," Action 8.8 (Nov.-Dec. 1973)

This volume looks at the Western as it was represented from the beginning of television, encompassing all manifestations of the Western, including such series as Bonanza, Gunsmoke, and The Wild, Wild West, as well as movies-of the-week, mini-series, failed pilots, animated programs, documentaries, and even Western-themed episodes of non-Western series that provided their own spin on the genre.

For many, the Westerns of 1930 to 1955 were a defining part of American culture. Those Westerns were one of the vehicles by which viewers learned the values and norms of a wide range of social relationships and behavior. By 1955, however, Westerns began to include more controversial themes: cowardly citizens, emotionally deranged characters, graphic violence, marital infidelity, racial prejudice, and rape, among other issues. This work examines the manner in which Westerns reflected the substantial social, economic and political changes that shaped American culture in the latter half of the twentieth century. Part One of this work considers shifting themes as the genre reacted to changes unfolding in the broader social landscape of American culture. Part Two examines the manner in which images of cowboys, outlaws, lawmen, American Indians and women changed in Westerns as the viewers were offered new understanding of the frontier experience.

For nearly two centuries, Americans have embraced the Western like no other artistic genre. Creators and consumers alike have utilized this story form in literature, painting, film, radio and television to explore questions of national identity and purpose. Westerns: The Essential Collection comprises the Journal of Popular Film and Television’s rich and longstanding legacy of scholarship on Westerns with a new special issue devoted exclusively to the genre. This collection examines and analyzes the evolution and significance of the screen Western from its earliest beginnings to its current global reach and relevance in the 21st century. Westerns: The Essential Collection addresses the rise, fall and durability of the genre, and examines its preoccupation with multicultural matters in its organizational structure. Containing eighteen essays published between 1972 and 2011, this seminal work is divided into six sections covering Silent Westerns, Classic Westerns, Race and Westerns, Gender and Westerns, Revisionist Westerns and Westerns in Global Context. A wide range of international contributors offer original critical perspectives on the intricate relationship between American culture and Western films and television series. Westerns: The Essential Collection places the genre squarely within the broader aesthetic, socio-historical, cultural and political dimensions of life in the United States as well as internationally, where the Western has been reinvigorated and reinvented many times. This groundbreaking anthology illustrates how Western films and television series have been used to define the present and discover the future by looking backwards at America’s imagined past. 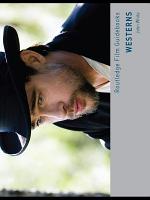 It is a common assertion that the history of America is written in its Westerns, but how true is this? In this guidebook John White discusses the evolution of the Western through history and looks at theoretical and critical approaches to Westerns such as genre analysis, semiotics, representation, ideology, discourse analysis, narrative, realism, auteur and star theory, psychoanalytical theory, postmodernism and audience response. The book includes case studies of 8 key westerns: Stagecoach My Darling Clementine Shane The Good, The Bad and the Ugly McCabe and Mrs Miller Unforgiven Brokeback Mountain The Assassination of Jesse James by the Coward Robert Ford Including a chronology of significant events for the Western genre, a glossary and further reading, this introduction to an important genre in film studies is a great guide for students.

Whatever we might think of them, popular Westerns, both movies and cheap paperbacks on the newsstand racks, have had a powerful impact on both U.S. culture and Western European culture in general. Collected here are new studies from a variety of critical approaches of popular Westerns by scholars from the U.S., the U.K., and Europe, new studies of classic William S. Hart, John Ford, Clint Eastwood, and Sam Peckinpah film Westerns as well as new studies of seldom studied writers such as James Warner Bellah, Clarence Mulford, Charles Portis, and Oakley Hall.

This collection of essays examines non-American Westerns and explores their significance, meanings, and reception. These essays also look at how Hollywood sensibilities are reflected, distorted, or challenged by filmmakers of Westerns in Europe, Australia, and other regions outside the U.S.

The work of Sam Peckinpah represents a high point in American cinema. This text is the first theoretical and critical attempt to place Peckinpah within the 2,000-year-old tradition of western tragedy. The tradition, enfolding the Greeks, Shakespeare and modern tragedians, is represented in Peckinpah’s art in numerous ways, and the fact that he worked in the mode throughout his career distinguishes him from most American film directors. Films covered include Ride the High Country, Noon Wine, The Wild Bunch, Pat Garrett and Billy the Kid, and Bring Me the Head of Alfredo Garcia.

During the post-World War II period, the Western, like America’s other great film genres, appeared to collapse as a result of revisionism and the emergence of new forms. Perhaps, however, as theorists like Gilles Deleuze suggest, it remains, simply “maintaining its empty frame.” Yet this frame is far from empty, as Post-Westerns shows us: rather than collapse, the Western instead found a new form through which to scrutinize and question the very assumptions on which the genre was based. Employing the ideas of critics such as Deleuze, Jacques Derrida, and Jacques Rancière, Neil Campbell examines the haunted inheritance of the Western in contemporary U.S. culture. His book reveals how close examination of certain postwar films—including Bad Day at Black Rock, The Misfits, Lone Star, Easy Rider, Gas Food Lodging, Down in the Valley, and No Country for Old Men—reconfigures our notions of region and nation, the Western, and indeed the West itself. Campbell suggests that post-Westerns are in fact “ghost-Westerns,” haunted by the earlier form’s devices and styles in ways that at once acknowledge and call into question the West, both as such and in its persistent ideological framing of the national identity and values.

When the earliest filmgoers watched The Great Train Robbery in 1903, many of them shrieked in terror at the very last clip when one of the outlaws turns directly toward the camera and fires a gun, seemingly, directly at the audience. The puff of smoke was sudden and it was hand colored so that it looked real. Today, we can look back at that primitive movie and see all the elements of what would evolve into the Western genre. Perhaps it is the Western's early origins_The Great Train Robbery was the first narrative, commercial movie_or its formulaic yet entertaining structure that has made the Western so popular. Whatever the case may be, with the recent success of films like 3:10 to Yuma and The Assassination of Jesse James by the Coward Robert Ford, the Western appears to be in no danger of disappearing. The story of the western is told in The A to Z of Westerns in Cinema through a chronology, a bibliography, and an introductory essay. However, it is the hundreds of cross-referenced dictionary entries on cinematographers; composers; producers; films like Butch Cassidy and the Sundance Kid, Dances With Wolves, The Good, The Bad, and the Ugly, High Noon, The Magnificent Seven, The Searchers, Tombstone, and Unforgiven; such actors as Gene Autry, Kirk Douglas, Clint Eastwood, Henry Fonda, James Stewart, and John Wayne; and directors like John Ford and Sergio Leone that will have you reaching for this book again and again.