They Were Soldiers showcases the inspiring true stories of 49 Vietnam veterans who returned home from the "lost war" to enrich America's present and future. In this groundbreaking new book, Joseph L. Galloway, distinguished war correspondent and New York Times bestselling author of We Were Soldiers Once . . . and Young, and Marvin J. Wolf, Vietnam veteran and award-winning author, reveal the private lives of those who returned from Vietnam to make astonishing contributions in science, medicine, business, and other arenas, and change America for the better. For decades, the soldiers who served in Vietnam were shunned by the American public and ignored by their government. Many were vilified or had their struggles to reintegrate into society magnified by distorted depictions of veterans as dangerous or demented. Even today, Vietnam veterans have not received their due. Until now. These profiles are touching and courageous, and often startling. They include veterans both known and unknown, including: Frederick Wallace (“Fred”) Smith, CEO and founder of FedEx Marshall Carter, chairman of the New York Stock Exchange Justice Eileen Moore, appellate judge who also serves as a mentor in California's Combat Veterans Court Richard Armitage, former deputy secretary of state under Colin Powell Guion “Guy” Bluford Jr., first African American in space Engrossing, moving, and eye-opening, They Were Soldiers is a magnificent tribute that gives long overdue honor and recognition to the soldiers of this "forgotten generation."

Examines the 1965 Battle of Ia Drang, in the central highlands of South Vietnam, providing an account of the battle and discussing the implications of this key confrontation

“Powerful. . . . A candid, highly informative, and heartfelt tale of forgiveness between former fierce enemies in the Vietnam War.” –St. Petersburg Times The #1 New York Times bestseller We Were Soldiers Once . . . and Young brought to life one of the most pivotal and heartbreaking battles of the Vietnam War. In this powerful sequel, Lt. Gen Harold G. Moore and Joseph L. Galloway bring us up to date on the cadre of soldiers introduced in their first memoir. Returning to Vietnam’s Ia Drang Valley more than four decades after the battle, Moore and Galloway renew their relationships with ten American veterans of the fabled conflict—and with former adversaries—exploring how the war changed them all, as well as their two countries. We Are Soldiers Still is an emotional journey back to hallowed ground, putting a human face on warfare as the authors reflect on war’s devastating cost. The book includes an Introduction by Gen H. Norman Schwarzkopf. 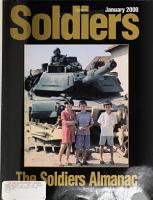