Distinguished scholar V. Y. Mudimbe assembles a lively tribute to Presence Africaine, the landmark African studies journal begun in 1947 Paris. While it celebrates the project's forty-year history, The Surreptitious Speech does not naively canonize the journal but rather offers a vibrant discussion and critical reading of its context, characteristics, and significance. 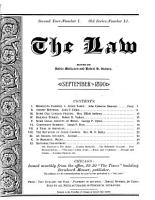 An examination of the regional and national commonalites and differences of francophone literary culture.

Reading African art’s impact on modernism as an international phenomenon, The “Black Art” Renaissance tracks a series of twentieth-century engagements with canonical African sculpture by European, African American, and sub-Saharan African artists and theorists. Notwithstanding its occurrence during the benighted colonial period, the Paris avant-garde “discovery” of African sculpture—known then as art nègre, or “black art”—eventually came to affect nascent Afro-modernisms, whose artists and critics commandeered visual and rhetorical uses of the same sculptural canon and the same term. Within this trajectory, “black art” evolved as a framework for asserting control over appropriative practices introduced by Europeans, and it helped forge alliances by redefining concepts of humanism, race, and civilization. From the Fauves and Picasso to the Harlem Renaissance, and from the work of South African artist Ernest Mancoba to the imagery of Negritude and the École de Dakar, African sculpture’s influence proved transcontinental in scope and significance. Through this extensively researched study, Joshua I. Cohen argues that art history’s alleged centers and margins must be conceived as interconnected and mutually informing. The “Black Art” Renaissance reveals just how much modern art has owed to African art on a global scale.

For courses in African Philosophy. This anthology attempts to provide key documents chronicling the debate about the nature of the African, and the nature of African philosophy.

BLACK PARIS documents the struggles and successes of three generations of African writers as they strive to establish their artistic, literary, and cultural identities in France. Based on ethnographic, archival, and historical research, the work is supplemented by interviews with many of the writers it discusses. 21 photos. 7 linecuts.