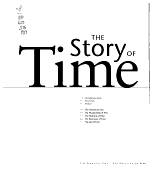 A World Without Time! It Would Be A Chaotic Place To Live In. Man Has Been Trying Ever To Reckon Time. From Shadow Sticks To Sundials To Water-Clocks To The Present Day Clocks, It Is Indeed The Story Of Time. Time Remains A Scientific Mystery! 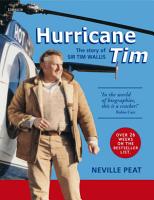 The gripping biography of one of New Zealand's most distinguished farmers, entreprenuers and aviation heroes. When Sir Tim Wallis's Spitfire crashed at Wanaka airfield in 1996, his accident was reported around the world. This lion-hearted Central Otago man, a legendary figure in the aviation, deer farming and business worlds, was suddenly fighting for his life. Sir Tim Wallis is known as the helicopter pilot and entrepreneur who pioneered New Zealand's deer industry. A multi-millionaire, he is also the man behind the successful Warbirds Over Wanaka air pageant. For decades he's had a passion for collecting, restoring and flying vintage fighter planes. Tim's adventurous life story is told here by writer Neville Peat, who shares his great love of the South: Fiordland, South Westland, Central Otago and the Southern Alps. Hurricane Tim is an absorbing account of the adventures of Tim Wallis that equally extends to faraway places where he applied his business instincts - southern Siberia, tropical Vanuatu and Canada. After Sir Tim's 1996 crash, he was given just a slim chance of survival. But survive he did. With astounding determination he has learned to speak and walk again, albeit slowly. Undoubtedly Tim inspires all who meet him; his story is equally inspiring. What drove this extraordinary character to live at the edge throughout his life? Author Neville Peat draws us into the hurricane that is Sir Tim Wallis.

“Not only does Huffman bring Tim back to life . . . but he also leads us through some of the most harrowing combat of our generation” (Sebastian Junger, New York Times–bestselling author of Tribe). Tim Hetherington (1970–2011) was one of the world’s most distinguished and dedicated photojournalists, whose career was tragically cut short when he died in a mortar blast while covering the Libyan Civil War. Someone far less interested in professional glory than revealing to the world the realities of people living in extremely difficult circumstances, Hetherington nonetheless won many awards for his war reporting, and was nominated for an Academy Award for his critically acclaimed documentary, Restrepo. In Here I Am, Alan Huffman tells Hetherington’s life story, and through it analyses, what it means to be a war reporter in the twenty-first century. Huffman recounts the camerman’s life from his first interest in photography and war reporting, through his critical role in reporting the Liberian Civil War, to his tragic death in Libya. Huffman also traces Hetherington’s photographic milestones, from his iconic and prize-winning pictures of Liberian children, to the celebrated portraits of sleeping US soldiers in Afghanistan. “A powerfully written biography . . . This is poignant imagery and metaphor for the entire body of this extraordinary artist and humanist’s life.” —The Huffington Post “Huffman excels at heightening the drama, depicting the rapid-fire action and constant danger of working among soldiers and guerrillas engaged in battle.” —The Boston Globe “Huffman vividly chronicles the short life of a man drawn to danger zones to capture the horrors of modern warfare.” —Los Angeles Times “Celebrate[s] Tim Hetherington’s life . . . Recount[s] his last days in Libya in excruciating detail.” —Time

The clarinetist Rebecca Rischin has written a captivating book. . . . Her research dispels several long-cherished myths about the 1941 premiere. . . . Rischin lovingly brings to life the other musicians—Étienne Pasquier, cellist; Henri Akoka, clarinetist; and Jean Le Boulaire, violinist—who played with Messiaen, the pianist at the premiere."—Alex Ross, The New Yorker "This book offers a wealth of new information about the circumstances under which the Quartet was created. Based on original interviews with the performers, witnesses to the premiere, and documents from the prison camp, this first comprehensive history of the Quartet's composition and premiere held my interest from beginning to end. . . . For the End of Time touches on many things: faith, friendship, creativity, grace in a time of despair, and the uncommon human alliances that wartime engenders."—Arnold Steinhardt, Chamber Music"The clarification of the order of composition of the movements is just one of the minor but cumulatively significant ways in which Rischin modifies the widely accepted account of the events at Stalag VIII A. . . . For the End of Time is a thorough and readable piece of investigative journalism that clarifies some important points about the Quartet's genesis."—Michael Downes, Times Literary Supplement The premiere of Olivier Messiaen's Quartet for the End of Time on January 15, 1941, has been called one of the great stories of twentieth-century music. Composed while Messiaen (1908–1992) was imprisoned by the Nazis in Stalag VIII A, the work was performed under the most trying of circumstances: the temperature, inferior instruments, and the general conditions of life in a POW camp.Based on testimonies by the musicians and their families, witnesses to the premiere, former prisoners, and on documents from Stalag VIII A, For the End of Time examines the events that led to the Quartet's composition, the composer's interpretive preferences, and the musicians' problems in execution and how they affected the premiere and subsequent performances. Rebecca Rischin explores the musicians' life in the prison camp, their relationships with each other and with the German camp officials, and their intriguing fortunes before and after the momentous premiere. This paperback edition features supplementary texts and information previously unavailable to the author about the Quartet's premiere, Vichy and the composer, the Paris premiere, a recording featuring Messiaen as performer, and an updated bibliography and discography.