When Claire Galloway accepts a post as nanny for two-month old Daniel Kensington, she is unprepared for the macabre situation that exists behind the walls of Marchfield Manor. Upon her arrival, she learns the tragic history of a woman named Emily Marchfield Grey, who hanged herself from the parapet a half century ago. The disturbing event still shrouds the Gothic manor in a pervasive gloom and sends Daniel's mother, Lily, down a path as nightmarish as the one that drove Emily to the brink of madness. Beginning with the death of Daniel's twin brother, Lily hears Emily's music box every night just before her ghostly apparition appears. Dressed in a Victorian wedding gown, she cradles a bouquet of dead roses as if it were a baby. Claire assumes the visions are Lily's grief-filled imagination and nothing more. But when she begins to experience the same phenomenon herself, she turns to Lily's husband, Mark . A physician and skeptic, he condemns her for stoking his wife's delusions. As the mysterious occurrences become ever more twisted and bizarre, Claire begins to question her own sanity as well as Lily's. Determined to protect Daniel and his mother from the evil that threatens them, Claire risks everything, including her own life, to end Emily's tragic legacy. 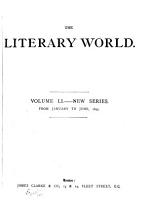