The text of the Declaration of Independence is accompanied by engaging illustrations meant to help explain the meaning of this important document. 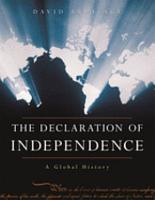 Not only did the Declaration announce the entry of the United States onto the world stage, it became the model for other countries to follow. This unique global perspective demonstrates the singular role of the United States document as a founding statement of our modern world.

Pauline Maier shows us the Declaration as both the defining statement of our national identity and the moral standard by which we live as a nation. It is truly "American Scripture," and Maier tells us how it came to be -- from the Declaration's birth in the hard and tortuous struggle by which Americans arrived at Independence to the ways in which, in the nineteenth century, the document itself became sanctified. Maier describes the transformation of the Second Continental Congress into a national government, unlike anything that preceded or followed it, and with more authority than the colonists would ever have conceded to the British Parliament; the great difficulty in making the decision for Independence; the influence of Paine's []Common Sense[], which shifted the terms of debate; and the political maneuvers that allowed Congress to make the momentous decision. In Maier's hands, the Declaration of Independence is brought close to us. She lets us hear the voice of the people as revealed in the other "declarations" of 1776: the local resolutions -- most of which have gone unnoticed over the past two centuries -- that explained, advocated, and justified Independence and undergirded Congress's work. Detective-like, she discloses the origins of key ideas and phrases in the Declaration and unravels the complex story of its drafting and of the group-editing job which angered Thomas Jefferson. Maier also reveals what happened to the Declaration after the signing and celebration: how it was largely forgotten and then revived to buttress political arguments of the nineteenth century; and, most important, how Abraham Lincoln ensured its persistence as a living force in American society. Finally, she shows how by the very act of venerating the Declaration as we do -- by holding it as sacrosanct, akin to holy writ -- we may actually be betraying its purpose and its power.

Selections from essays and other historical documents relating to the creation of the Declaration of Independence and its significance for the new American nation.

Co-author of the groundbreaking Empire and Multitude, Michael Hardt examines the Declaration of Independence and other texts by Jefferson, arguing that his powerful concept of democracy provides a biting critique of the current American administration. Introducing this collection of Jefferson's writings, Michael Hardt makes a powerful case for re-examining the foundational writings of this American revolutionary in order to reignite the dialogue that first conceived of a "land of the free."

Step back in time to the birth of America and meet the real-life rebels who made this country free! On a hot summer day near Philadelphia in 1776, Thomas Jefferson sat at his desk and wrote furiously until early the next morning. He was drafting the Declaration of Independence, a document that would sever this country's ties with Britain and announce a new nation—The United States of America. Colonists were willing to risk their lives for freedom, and the Declaration of Independence made that official. Discover the true story of one of the most radical and uplifting documents in history and follow the action that fueled the Revolutionary War. 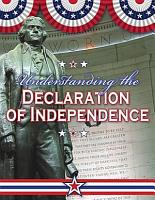 Examines written documents from the United States' early history that helped shape what the nation was to become as well as how it would govern itself over the next two+ centuries.