Cultural sensibilities about tattooing are discussed within historical context and in relation to broader trends in body modification, such as cosmetic surgery, dieting, and piercing.

The fascinating stories behind what have been rightly called the "hottest books on the planet": The Girl with the Dragon Tattoo, The Girl Who Played with Fire, and The Girl Who Kicked the Hornet's Nest Through insightful commentary and revealing interviews, you will enter the unique world of Lisbeth Salander, Mikael Blomkvist---and of Stieg Larsson himself---discovering the fascinating real-life experiences and incidents involving Swedish politics, violence against women, and neo-Nazis that are at the heart of Larsson's work. John-Henri Holmberg, a Swedish author and close friend of Larsson for more than three decades, provides a unique insider's look into the secrets of the author's imaginative universe, his life, and his ideas for future books---including the mysterious "fourth book" in the series, which Larsson had started but not finished at the time of his death. Included within are answers to compelling questions on every Larsson fan's mind: · What makes the Lisbeth Salander character so unique and memorable? Why have so many people from all backgrounds and with all kinds of tastes found The Girl with the Dragon Tattoo so riveting? · What are the speculations---and what is the truth---about Stieg Larsson's tragic death at age fifty, just before the publication of his novels, and the bitter battle over his legacy? · What changes were made in the plots and translations of the novels after Larsson's death---and why? · How did Larsson's early interest in science fiction and American and British crime writers feed into his creation of the Millennium trilogy? · What were Larsson's ideas for the fourth book, and are there any clues to the plots he imagined for his ten-book series? Will we meet Lisbeth's twin sister, Camilla, or any of her other seven siblings that Zalachenko tells her she has? · Does Lisbeth Salander give feminism a new definition? · What will happen in the contentious battle between Stieg Larsson's life partner, Eva Gabrielsson, and his father and brother over the future of the books, as well as the billion dollars at stake in his legacy? · Who are the emerging Swedish crime writers we should pay attention to now? · And much, much more!

A fascinating companion to Stieg Larsson's bestselling MILLENNIUM series, revealing the secrets behind the phenomenon that has taken the world by storm. From the team that brought you the bestselling SECRETS OF THE CODE comes the first literary companion to Stieg Larsson's worldwide phenomenon, piecing together the puzzles that make Larsson's series so outrageously popular. Through insightful commentary and revealing interviews, you enter the unique world of Lisbeth Salander, Mikael Blomkvist, and of Stieg Larsson himself - discovering the fascinating real-life characters and incidents at the heart of Larsson's work. - What is the truth about Stieg Larsson's tragic death at age 50, just before publication of his novels? - Did Larsson leave behind a fourth book manuscript and plot outlines for his planed ten-book series? - Is Lisbeth the first true literary heroine of the 21st century? - What changes were made in the plots and translations of the novels after Larsson's death - and why? - What will happen in the contentious battle between Larsson's life partner, Eva Gabrielsson, and his father and brother over his billion dollar legacy, and more importantly, the future of his characters, plots and ideas? These questions, and many more, will be answered in this gripping and insightful book about the man who has changed the face of crime fiction this century. 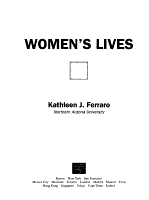 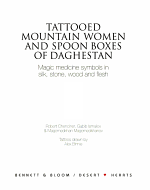 Beneath the rural Islamic society in ancient villages perched among the Great Causasus Mountains, animist tattoos on women and decorations on ritual spoon boxes share symbols that are believed to protect the heart and the family. Three experts have recorded this system of folk medicine.