“Powerfully magnetic. . . . In the lineage of great works by Chinua Achebe and Chimamanda Ngozi Adichie. . . . A thoroughly contemporary—and deeply moving—portrait of a marriage.” —The New York Times Book Review Ilesa, Nigeria. Ever since they first met and fell in love at university, Yejide and Akin have agreed: polygamy is not for them. But four years into their marriage—after consulting fertility doctors and healers, and trying strange teas and unlikely cures—Yejide is still not pregnant. She assumes she still has time—until her in-laws arrive on her doorstep with a young woman they introduce as Akin’s second wife. Furious, shocked, and livid with jealousy, Yejide knows the only way to save her marriage is to get pregnant. Which, finally, she does—but at a cost far greater than she could have dared to imagine. The unforgettable story of a marriage as seen through the eyes of both husband and wife, Stay With Me asks how much we can sacrifice for the sake of family. A New York Times Notable Book One of the Best Books of the Year: NPR, The Wall Street Journal, The Economist, Chicago Tribune, BuzzFeed, Entertainment Weekly, The New York Post, Southern Living, The Skimm A 2017 BEA Buzz Panel Selection A Belletrist Book-of-the-Month A Sarah Jessica Parker Book Club Selection Shortlisted for the 2017 Baileys Women’s Prize for Fiction Shortlisted for the Wellcome Book Prize and the 9mobile Prize for Literature Longlisted for the International Dylan Thomas Prize

The gripping sequel to hit Wattpad novel She's With Me. A page-turning high school teen romance, friendship story - and revenge thriller. Amelia Collins was determined to get her head down and finish her senior year without incident, keeping her dramatic past a secret from everyone. Then she - literally - bumped into the school's hottest bad boy, Aiden Parker and neither could deny the intensity of the spark between them. They now both know each other's deepest secrets, and despite everything she knows to be sensible, Amelia finds herself falling in love . . . It should be the perfect Winter Break. Amelia and Aiden are official, she has a group of friends to vacation with, and for now the past seems burried. But Amelia could never be so lucky. She soon finds out her mother is keeping secrets of her own and finds herself caught in a rivalry between Aiden and his gorgeous best friend, Mason. Then the truth about Aiden's biological father comes out, and Amelia learns more about the man who's been chasing her all these years. And there's one big secret still to come out: she's leaving town to start again - again - in just a month's time . . . Book two in the popular Wattpad 'With Me' series.

A mysterious letter alluding to a secret in her parents' past brings Genevieve Woodward back to her Blue Ridge Mountains hometown, but she's also in need of a break from a high-profile career that has left her dangerously burned out and concealing a powerful secret of her own. When she wakes inside an unfamiliar cottage to find the confused owner staring down at her, she can no longer ignore the fact that she needs help. Sam Turner has embraced his sorrow and his identity as an outsider. The solitary, disciplined life he lives on his historic farm is the life he's chosen for himself. The last thing he wants is to rent his cottage to a woman as troubled as she is talkative. Yet, he can't force himself to turn her away right when she needs him most. As Genevieve researches her family's history and her and Sam's emotions deepen, they will have to let go of the facades and loneliness they've clung to and allow light to illuminate every hidden truth. 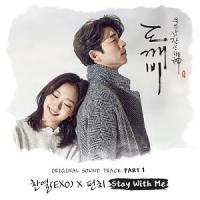