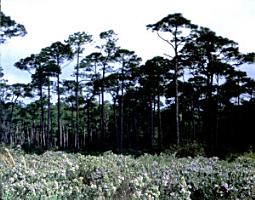 #1 New York Times bestselling author Abbi Glines returns to Rosemary Beach one last time in this highly anticipated finale. Spoiled. Selfish. Rich girl. Villain. Slut. As the Prada-clad bad girl of Rosemary Beach, Nan Dillon has been called every vile name under the hot summer sun. Some of her reputation is deserved—she’s never had to worry about anything but maintaining her perfect figure and splitting Daddy’s private jet with her brother, Rush. But Nan is far from happy. Rush has another kid on the way and doesn’t have time to catch up with his sister. Grant, the last guy she truly cared about, chose to be with her half-sister, Harlow, instead of her. And Harlow, who has never gotten over the way Nan treated her when she first moved to town, remains distant. So when Major asks her out, she jumps at the chance to date the gorgeous charmer. Though she doesn’t know much about the sweet-talking Texan, and though it’s clear he doesn’t want to be exclusive, dating him beats hanging out with vapid socialites or watching Netflix alone at home. For a while, Nan deals with Major’s playboy ways, but after he burns her one too many times, she takes off for an impromptu wild weekend in Vegas. There, she meets Gannon, a darkly seductive and oh-so-dangerous businessman who knows exactly how to handle her. With Major asking for a second chance and Gannon haunting her dreams, Nan has to decide who to give her heart to. But what she doesn’t realize is that these players are involved in a much bigger game—and they’re already two moves ahead of her.

From #1 New York Times bestselling author Abbi Glines comes the next sizzling novel in the Rosemary Beach series, featuring well-known playboy and Blaire’s half brother, Captain. The look on Rose’s face had screamed that she was hiding something. Hell, she’d practically run away from me. There was something to that. I knew there was... After ten years in the employ of a mysterious crime boss, River “Captain” Kipling is ready to leave his sordid past—and his cover occupation as an upscale restaurateur—behind him. The only thing standing in the way of his “retirement” is his commitment to launch a new restaurant in the resort town of Rosemary Beach. With his sister, Blaire, nearby, Captain can delay his dream of running a humble bar on the waterfront, but the unwanted attentions of his head server, Elle, have him itching to get out. Until he notices Rose Henderson, the new server at the restaurant. All he knows about the pretty redhead with the cute glasses is that she’s a hardworking single mom from Oklahoma. But there’s something overly familiar about her laugh...something strange about the way she looks at Captain...

Rosemary Beach is a love story like no other. Rosemary's family was hard working, but broken. As a child, Rosemary was extremely creative; her tales cause deep laughter. Already married once to a man who was unfaithful; she finally met the man of her dreams. Their wealthy lifestyle was a reverie to her. The biggest blessing was not any of the "things" but an unexpected gift which she never imagined. The blessing was accompanied by a loss. As happy as the gift made her, the loss was unbearable. The ending is so surprising that you may want to read Rosemary Beach again. "Rosemary's Group" may be an example of healing that others could create. God is her Rock and remains such through the entire book. You will laugh at Lucy, cry with Rosemary and dream of a life such as hers.

The Rosemary Beach Collection brings together Fallen Too Far, Never Too Far, and Forever Too Far, three sensational new adult novels by #1 New York Times bestselling author Abbi Glines. Fallen Too Far. A story of summer love in the coastal resort town of Rosemary Beach, tough Alabama farm girl Blaire Wynn can’t resist gorgeous but spoiled stepbrother Rush Finlay, but she doesn’t know he has a secret that could destroy her entire world. Never Too Far. Continuing the gripping romance of Fallen Too Far, Blaire is crushed by Rush’s shattering revelation and moves back to Alabama, but unexpected news complicates her plans to stay away from the bad boy. Forever Too Far. The conclusion to the intensely passionate story of Rush and Blaire, the two embrace a future together after Blaire forgives Rush for the past, but Rush’s family stands in the way between them.

The unforgettable story of Grant and Harlow from Take a Chance continues in this brand-new novel in the Rosemary Beach series from #1 New York Times bestselling author Abbi Glines. She was it. His one. His only. Then he made the mistake of letting her go. After fighting his way into Harlow Manning’s heart—and revealing a side of himself no one had ever seen before—Grant Carter destroyed his own heart by giving in to his greatest fears and doubts. Months later, he’s stuck in a miserable routine. Work relentlessly. Beg his best friend Rush for news about Harlow. Avoid all other friends. Leave nightly voicemails for Harlow, pleading with her to come back to Rosemary Beach. Fall asleep alone. Repeat. Miles away, on her brother’s Texas ranch, Harlow can’t bring herself to listen to Grant’s voicemails. Though she wants to be with him, and knows he regrets letting her go, she doesn’t know if she can trust him. When he discovered the truth behind her sheltered upbringing, it shattered their relationship, but the secret she carries now has far greater consequences. Can she risk giving Grant one more chance, or will the gamble ultimately destroy her?

From #1 New York Times bestselling author Abbi Glines comes the next new adult novel in her beloved Rosemary Beach series, which continues the story of Mase and Reese from When I’m Gone. She was where my home would always be. It was time I took the next step and proved to her I was all in. Forever. A chance meeting in Rosemary Beach has turned into a fairy-tale romance as Reese prepares to move in with Mase on his family ranch in Texas. With the loving support of the Colts, and her recent discovery that she has family of her own, Reese can finally move on from the dark horrors of her past and into a bright future. But Aida isn’t going to let that happen. The beautiful blonde has been raised to think of Mase as her cousin, but it’s clear to Reese that Aida doesn’t love Mase like a cousin should. And then there’s Captain, the inescapable stranger who has connections in Dallas and Rosemary Beach—and who conveniently shows up wherever Reese happens to be. Hot, mysterious, and plain-speaking, Captain isn’t afraid to tell Reese what he thinks about Mase—and how he feels about her. As the competition for Mase and Reese’s hearts heats up, Reese’s past begins to unravel, illuminating shocking truths that will forever change the lives of the happy couple—and set the final stories of Rosemary Beach in motion.

From #1 New York Times bestselling author Abbi Glines comes the next new adult novel in the Rosemary Beach series, in which we meet Mase, a Texas heartthrob first introduced in Take a Chance who comes to Rosemary Beach to stir things up. I had an urge to fix all her problems. Which was stupid. She was doing fine without me. But something about those big eyes… Mase Colt-Manning has always preferred his humble life as a Texas rancher to his birthright as the son of a legendary rock star. In fact, he rarely visits his father’s rarefied world in Rosemary Beach, especially if it means bunking at his vile half-sister Nan’s house—until one visit leads to a chance encounter with a young, gorgeous house maid who awakens him with her off-key but spirited imitation of a country music star… Reese Ellis finally has her freedom. After escaping a lifetime of abuse from her parents and classmates for an undiagnosed learning disorder, she seizes the opportunity to be a house maid to some of the richest families in Rosemary Beach. But her job is in jeopardy when she causes an accident at the home of her most important client, Nan Dillon. When a hot, half-naked stranger with a cowboy’s swagger comes to her rescue, she’s intrigued—then afraid once he shows his own interest. Reese has never met a trustworthy man in her life. Will Mase be any different?