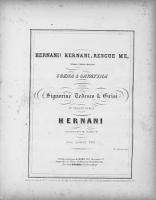 CHERRY ADAIR "Tropical Heat" When Dr. Elizabeth Goodall is kidnapped and held captive in the African jungle, her only hope for rescue is counterterrorist operative Sam Pelton. But to escape from a brutal warlord, they must confront a powerful attraction that could prove more treacherous than the wilds of the jungle... LORA LEIGH "Atlanta Heat" Em Delaney has wanted bad-boy Macey March for as long as she can remember. But as a Navy SEAL under the command of her overprotective godfather, Macey is off-limits to Em...until a kidnapping attempt forces them to share tantalizingly close quarters—and a forbidden desire. CINDY GERARD "Desert Heat" Assistant D.A. Elena Martinez never wanted to fall for police detective Seth King. When they are teamed up on a charity hike in the Grand Canyon, however, their chemistry sizzles under the desert sun. But a vengeful drug lord is determined not to let them survive the canyon with their lives—and love—intact...

Paige Herbert lost her dream job and discovered her fiancé cheating all in one weekend. Back in her parents' house in New Orleans, she's ready to start life over from scratch. This may not be the best time to adopt an abandoned pit bull, but Paige figures the two of them can help each other heal. She just needs the annoyingly attractive rescue worker to agree to help with obedience training, and then she can get back to hating men and fixing her life.Dash Lamont has one rule: don't give in to temptation. For a reformed car thief, temptation is a one-way street to breaking parole and ending up back behind bars. Paige Herbert is the embodiment of everything he should avoid with a judge for a father and a classic car mechanic for a mother. But her enticing curves, random bouts of rambling, and love for a shelter dog drive him to break that single law he's made for himself.Paige is leaving town at the first decent job offer, and Dash has sworn off all things that spark a passion in him. So why can't they keep away from each other? When their pasts come calling, Paige and Dash have to decide if love is worth detouring from their own carefully marked courses.

Melissa Wareham always wanted to work with dogs. After failing her biology O-level she realised she'd have to start at the bottom, cleaning out kennels at Battersea Dogs Home. From frail old men looking for a four-legged companion to famous folk who've lost their favourite hound, it seemed that at some point everyone passes through Battersea's doors. Amongst the clamour of thousands of lost pets crying 'Rescue Me!' and the noise of the railway lines above, Melissa found she had come home. The first dog Melissa fell for was Tulip, a sweet, elderly and somewhat dotty mongrel who decided a solo bus ride into the West End might be fun. Next up was Roscoe: found by the ambulance team with his dead owner, he is rehabilitated with a little help from his master's hat. And then - many, many dogs later - there is Gus. With his owner in jail, Melissa finally finds the dog she is to take home as her own. Heart-warming and compulsively readable, Rescue Me is Melissa's memoir of her fifteen years at Britain's most-loved dogs' home.

There is no available information at this time.

The second book in the Paws of Fame series. Monkey is a young Neapolitan Mastiff; larger than life, full of energy and eager to please. But his human doesn't like him. He shouts at him all the time - Monkey doesn't know why - and he won't feed him. Monkey's so hungry his ribs are showing. Eventually his owner gives him away, saying Monkey is too aggressive, and Monkey finds himself in a rescue centre where he's cared for - but by people who are scared of him. Meanwhile, up and coming animal trainer for the movies Julie Tottman is about to start filming Harry Potter and the Goblet of Fire, the fourth in the Harry Potter series, when crisis strikes: the dog playing Fang has dropped out. Julie needs to find a blue Neapolitan Mastiff to fill the part and fast. A big believer in rescuing dogs, she starts calling centres. As chance would have it, one in Northampton has a dog who might fit the bill - but he's supposed to be aggressive: too big a risk for a film set with children. But something tells Julie she should visit the dog first, just to be sure. When she sees the gangly Monkey bounding over to her to say hello and looking up at her gently as she tickles his ears, she knows she has to take a chance on him. He needs feeding up, love, attention and something to put his energy into - and she can give him all those things. But with the film just around the corner, can Monkey become the movie star Julie is looking for? Rescue Me is the incredible true story of what a dog can do when someone believes in them.