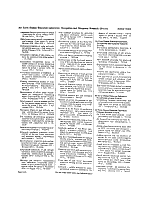 This reference work provides an annotated account of the views of Congress, the courts, OSHA, and the public on the enactment and enforcement of the Occupational Safety and Health Act of 1974. Landmark litigation involving benzene, asbestos, and cotton dust are discussed in detail in the work.

In thousands of factories around the U.S., Britain, and every other industrial nation, workers suffer from occupationally-caused illness and accidents that could easily have been prevented. This book is about the politics behind industrial health and safety decision-making in the U.S. and Britain, where human health and safety considerations often take a back seat to overall social and economic goals. Wilson contends that it is political actors-Presidents and Parliament, Congress and the Court-who set the general framework for the decisions made within health and safety bureaucracies, and that American governmental and interest groups are less equipped for the peaceful resolution of disputes over economic and industrial issues than Britain's highly corporatist form of policy-making.