Continuing the exploration which began in Actresses of a Certain Character: Forty Familiar Hollywood Faces from the Thirties to the Fifties (McFarland, 2006), this companion volume analyzes the contributions of female supporting players in the films of Hollywood’s Golden Age. The twenty-five actresses profiled herein range from the easily recognizable (Marie Dressler, Ethel Waters) to the long forgotten (Esther Howard, Evelyn Varden), and from the prolific (Clara Blandick, Mary Forbes) to the “one-work wonders” (Jane Cowl, Queenie Vassar). Each profile captures the essence of the individual performer’s on-screen persona, unique talents and popular appeal—with special emphasis on a single definitive performance of the actress’s motion picture career (who, for example, could ever forget Josephine Hull in Harvey?). The appendix offers a list of “The 100 Top Performances by Character Actresses in Hollywood, 1930–1960.”

Drawing on historical documents and newspaper reports, this book provides a fascinating portrait of a diverse group of character actresses who left their stamp on Hollywood from the early sound era through the 1960s. The lives of 35 actresses are explored in detail. Some are familiar: Margaret Hamilton starred in dozens of films before and after her signature role as the Wicked Witch in The Wizard of Oz; Una Merkel nearly died when her mother committed suicide in 1945. Others are nearly forgotten: Maude Eburne owed her career to a spectacular fall on the Broadway stage in 1914; Greta Meyer, who played the quintessential German maid, came to Hollywood after years in New York’s Yiddish theater—though she wasn’t Jewish. 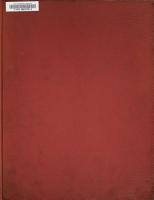