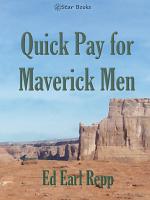 Death called the play when two old-time badmen matched their rusty Peacemakers against the spitting tracers of a modern Jap fifth column. ExcerptCrawling stealthily on all fours through catclaw and cactus, Nevada Jim pulled up suddenly and with a low, colorful oath plucked a chotta spine from the ball of his horny thumb. "Quit bellyachin' and move on!" husked old Utah McClatchey from close behind him. "I'm gettin' tired of havin' them rundown boots o' yours shoved in my face!" A dark silhouette in the pale moonlight, Nevada Jim stuck his injured member into a capacious mouth and licked the pinpoint wound which stung like fire. Then he grinned at his sour-faced old companion. "Don't get impatient, Utah," he said. "Good times await us at yonder mine. After we lift ol' Dan Conover's gold we won't have to do this kind of work no more unless we feel like havin' some fun." Utah matched his younger partner's grin. "You know," he gave back quietly, "we're really doin' Conover a big favor by relievin' him o' his dust. Why, from what I heard in Tombstone, the poor jasper's been worryin' himself ga'nt for fear somebody was goin' to rob him. We'll take a big load off his mind." Nevada Jim's thin, hawk-like face assumed a benign expression. "I believe you're right, pard," he said. "I bet he'll be tickled pink to see us!" "I reckon," McClatchey chuckled. "Lots of other folks would, too." He was right. Lawmen from Laramie to Paso del Norte would have given time from their lives to nab this pair. Many had seen the two slippery owlhooters, but none of them had been capable of laying hands on them. One reason was because there wasn't a sheriff west of Omaha who didn't have a healthy respect for the old Colt Peacemakers they wore, tied-hard, at their thighs. Another reason was that times had changed and the law was more accustomed nowadays to riding along fine highways in high-powered cars, than forking mean cayuses over the rough western badlands in quest of the two old-time outlaws. Some newspapers in the Southwest frequently referred to the pair as the Hellers from Helldorado and poked fun at the law for being unable to put them where they rightfully belonged. Others called them ribald raiders because they seemed to enjoy themselves so thoroughly when they walked into some unsuspecting cow-country bank and lifted its cash. There were still other papers, and individuals too, who mentioned slyly when the pair made front page news, that Nevada Jim James and Utah McClatchey sometimes did the country a service by preying upon their own kind. For deputy sheriffs, town marshals and border patrolmen frequently found dead gangsters in unexpected places, with miniature tombstones carved from chaparral or manzanita, placed neatly upon their chests. That was a symbol the Hellers from Helldorado always left behind them. "We don't want nobody to git credit for our doin's but us," Utah always said. "An' we shore as heck don't want to git credit for orneriness that ain't our'n!" 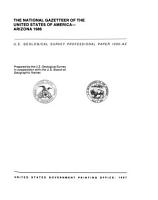 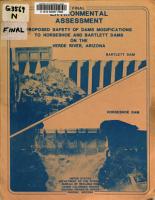 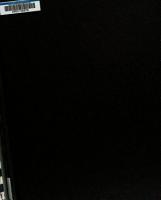 While dance has always been as demanding as contact sports, intuitive boundaries distinguish the two forms of performance for men. Dance is often regarded as a feminine activity, and men who dance are frequently stereotyped as suspect, gay, or somehow unnatural. But what really happens when men dance? When Men Dance offers a progressive vision that boldly articulates double-standards in gender construction within dance and brings hidden histories to light in a globalized debate. A first of its kind, this trenchant look at the stereotypes and realities of male dancing brings together contributions from leading and rising scholars of dance from around the world to explore what happens when men dance. The dancing male body emerges in its many contexts, from the ballet, modern, and popular dance worlds to stages in Georgian and Victorian England, Weimar Germany, India and the Middle East. The men who dance and those who analyze them tell stories that will be both familiar and surprising for insiders and outsiders alike.

In one of the most anticipated erotica titles this year, the story of Xtube.com's most popular porn couple is told by the two guys who lived it. Sparing no detail, the Maverick Men recount the steamy circumstances of how they met, fell in love, and transformed themselves from two regular guys into Internet celebrities. Along with hot sex and funny vignettes, we learn who these guys really are, and what their secret to success has been. MaverickMen.com. "The hottest, most exciting piece of erotica I've read in years. In the case of the Maverick Men, truth is much better than fiction." - Jonathan Crutchley, owner of Manhunt.net