"This book introduces the medieval empire of Mali...and soon narrows its focus to the compelling life story of the emperor Mansa Musa, who rules Mali in the early 1300s...This enjoyable work smoothly blends historical text with memorable anecdotes...photos and sketches...and well-drawn maps." --P. [4] of cover.

Africa in the 13th century lay in ruins owing to countless civil wars and the ensuing famine. Amid the hopelessness arose a man who began to rebuild the ravaged diaspora. He instituted a government that was so efficient at managing the country of Mali that pretty soon it was the most progressive nation on the continent. Not long after, one-by-one, the neighboring countries began to join the fold until all of west Africa constituted a single empire. The emperor Mansa Musa had more wealth than every billionaire combined, today. This is his story. The genius of Musa's administration lay in decentralization. He ordered the formation of distributed administration pockets which repatriated taxes back to the central empire which lay oversight on their activities. At its height, Mansa Musa owned more than half of the world's gold reserves. On his pilgrimage to Mecca, he brought with him a caravan comprising tens of thousands of people bearing unimaginable quantities of gold. On reaching Cairo and staying there for 3 months, he and his people flooded the city with so much gold that it crashed the economy due to inflation. Come and personally get to know the splendour that was Mansa Musa. Here's a preview of what you'll discover in this book: Mansa Musa before coming to power Events leading up to him gaining control of Mali Musa succeeding Sundiata Keita as emperor His reign and development of the Empire His travels to Mecca and elaborate activities along the way His stay in Cairo and influence there His trip to Mecca and his experience there Bringing back ideas to his Empire and planning progress Mali as the epicenter of a great civilization The gradual deterioration of Mali Musa's demise and the legacy he left behind ..... And much more! Mansa Musa is considered a legendary and almost mythical figure in west Africa and no one can even imagine the amount of wealth he possessed. During his rule, the Malian empire became the greatest cultural, religious and academic center of the world. He was a visionary leader and way ahead of his time. This book will present an unrivaled perspective to who Mansa Musa was and what made him singularly unique in the history of mankind as a progressive king and social innovator the likes of which the world has never seen. So, scroll up and click the "Buy now with 1-click" button and find out more!

Interesting look into the life of MANSA MUSA

If you want to learn the Fascinating Life of Mansa Musa and Timbuktu then keep reading....Free History BONUS Inside! On the West coast of Africa there once, the Mali Empire in its Golden Age was once bigger than the entirety of Western Europe put together, made possible by the efforts of one man Mansa Musa the Sultan of Mali. He was the richest man to have ever lived, worth 400 Billion Dollars in todays terms, his gold mines supplied the British Empire, and the rest of the European Empires for eight-hundred years, despite the dry desolate enviorment of Mali he founded the greastest center of learning in all of the world Timbuktu. His great holy pilgrimage to Mecca was the greatest the world had ever seen, 60,000 pilgrims joined him as he traveled causing inflation of the local currencies of the lands he went through, from all the gold he had spent. This book will cover Mansa Musas life from Beginning to End in clear and concise way that will make for easy reading even for those not experts in history . In Mansa Musa and Timbuktu a Fascinating History from Beginning to End you will discover topics such as History of Mali And Mali Empire Mansa Musa the Great Sultan Trade In Mansa Musas Enormous Empire The Greastest Hajj In History Timbuktu the Learning Center of World Present Day Mali The Legend and Legacy of Mansa Musa And Much Much More! Click "Buy Now" to Read Right Now about this Fascinating man that made History!

*Includes pictures *Includes contemporary accounts *Includes online resources and a bibliography for further reading "From the far reaches of the Mediterranean Sea to the Indus River, the faithful approached the city of Mecca. All had the same objective to worship together at the most sacred shrine of Islam, the Kaaba in Mecca. One such traveler was Mansa Musa, Sultan of Mali in Western Africa. Mansa Musa had prepared carefully for the long journey he and his attendants would take. He was determined to travel not only for his own religious fulfillment but also for recruiting teachers and leaders so that his realms could learn more of the Prophet's teachings." - Mahmud Kati, Chronicle of the Seeker Recent research has revealed that the richest person of all time lived in the 14th century in West Africa and went by many names, including Kankan Musa Keita, Emir of Melle, Lord of the Mines of Wangara, Conqueror of Ghanata and the Lion of Mali II, but today he is usually referred to as Mansa Musa. Adjusting his wealth to modern values, he was worth about an estimated $400 billion as the Sultan of ancient Mali, which controlled the trade routes across the Sahara Desert. About 6,000 years ago, the ancient Sahara was a tropical jungle with lush grasslands and substantial rivers until it moved north of the Equator as a result of tectonic plate movements. The seismic activity changed the location of land and the composition of the atmosphere. The African Humid Period seems to have ended relatively quickly, taking a couple of thousand years before being replaced by a much drier climate, and this started a process of desertification that forced many animals and human inhabitants to the outer edges of the immense desert. There would have been passages through the area that vanished as the harsh climate inexorably clawed at the mountains and hills, turning them into the sand that obliterated all traces of their ever having been there. By about 600 BCE, the terrain and habitat had become much less hospitable, so much so that it was no longer possible to use horses and oxen to carry commodities. As a result, trading became difficult and sporadic and slowly disappeared. This all changed when camels were introduced to the Sahara, initially via Roman invaders and then with the Berber traders from Arabia moving across North Africa in search of gold and salt. As they reached the southern Sahel, they encountered the old established trading system and routes of the Garamantes, the people who handled the trade in and out of the Sahara from West Africa. The combination of the use of camels with the already re-established West African trade routes brought about rapid economic progress that resulted in the area supplying more than half the world's gold for more than 1,000 years, beginning around 400 CE. Of course, this timing coincided with the rise of global trade routes such as the Silk Road and the beginning of Europe's Age of Discovery. By the 12th century, it was believed that far to the east, beyond the lands controlled by the Muslim armies, lived a powerful Christian king named Prester John in the land of India. While he was a king, he was also a priest ("Prester" means Priest and was supposedly the only title he took). His kingdom was believed to be grand and contained many wonders. Marco Polo looked for Prester John, and the Crusaders wanted to reach out to Prester John. Portugal's Henry the Navigator sent his ships out with explicit instructions of what they should do if they met Prester John, and on his historic voyages, Columbus carried two books, The Travels of Marco Polo and The Travels of Sir John Mandeville, both of which have long passages on Prester John. The belief in the existence of fabled African kingdoms and kings ensured that real African kings were also shrouded in lore, and few would become as legendary as Mansa Musa. 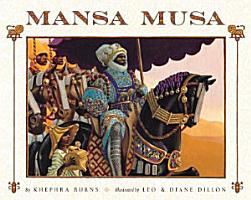 A fictional account of the nomadic wanderings of the boy who grew up to become Mali's great fourteenth-century leader, Mansa Musa. 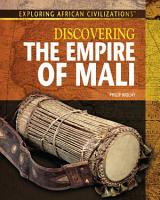 One of the largest empires the world has ever known, the Empire of Mali flourished in West Africa from 1235 CE until 1464. The empire remains well known for its wealth and significant cultural influence, still felt hundreds of years later, both in modern Mali and its neighbors. The language, laws, and customs of the Empire of Mali spread throughout West Africa and along the Niger River, creating an enduring legacy that continues to influence and characterize the region. The empire's rich history, enthralling folklore, transporting art and music, enduring cultural and political influence, and modern-day legacy are all presented here in vivid color and dynamic presentation, with a treasure trove of full-cover photographs, maps, illustrations, and artwork. Among other standards, this text supports Common Core's mandate regarding analyzing the relationship between primary and secondary sources, citing evidence to support analysis of primary and secondary sources, and determining the central ideas or information of a primary or secondary source.

From Mali to Cairo to Mecca and beyond, Mansa Musa was known as the Lion of Mali. Now remembered as the richest person in history, his enormous wealth, legendary generosity, and lavish pilgrimage from Mali to Mecca made him a favorite of medieval Arab storytellers. However, the 14th-century leader also presided over one of the largest empires in the world during his time. This informative biography traces Mansa Musa’s life, following his magnificent caravan as he traversed what remained of the Silk Road routes to become a hajji and returned to transform Timbuktu into western Africa’s most famous cultural center. 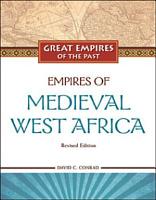 Created by the publishers of EBONY. During its years of publishing it was the largest ever children-focused publication for African Americans.