Through this twelve chaptered book the author highlights the evolution of the Armed Forces through the wars fought and, more importantly, the lessons which have not been learnt. The book covers the four major wars with Pakistan besides the operations taken for integration of states—Hyderabad Police Action, Integration of Junagarh and Liberation of Goa, Daman and Diu. It also analyses the blunders of the Sino-Indian Conflict and the Operation Pawan Sri Lankan Odyssey. All the operations covered place on record the historical perspective and a critical analysis with a view to learn lessons. They effectively bring out the inside story of our loyal, brave and dedicated Jawans. The book has been written in an easy and lucid style with a defence flavour to bring to light the bravery and intrepidiness of our Armed Forces to the common people

1965 War Was The First All-Out Clash Between The Two Nations India And Pakistan, After The Partition In 1947.Y.B. Chavan, India S Former Defence Minister, Recorded In His Own Hand The 22-Day War. The Inside Story Reveals:" Utter Failure Of Intelligence On Timing Of Pak Attack." How And Why Chavan Ordered Iaf To Launch Attack Without Even Informing The Pm." Why India Attacked Across The International Border? Reasons As Per Chavan Recording, If We Fail And I Cannot Even Imagine Of It The Nation Fails ." How A Division Commander Bolted From The Theatre Of Operation. " How The Army Commander Sacrificed Over 300 Men For The Greater Glory Of His Regiment . " Why The Indian Army Did Not March Into Lahore." Occasions When The Army Chief Almost Lost His Nerve." How The Defence Minister, The Army And Air Chiefs Worked As Team." How Pm Kept His Cool And Emerged As A Great Leader In War." Was It A Futile War? Did India Lose In Tashkent What Was Won On Battle-Fields." Finally, How The Political Leadership Re-Established Its Proper Relationship With The Defence Forces Leadership And Wiped Out Bitter Memories Of The 1962 India-China War.The Book Is A Tribute To The Iaf That Was Deployed In War For The First Time After The Independence. Also To India S Armoured Regiments That Fought Valiantly And Destroyed Myth Of Superiority Of The Pattons. 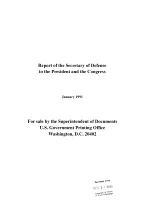 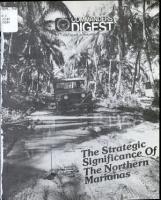 If the Indian Air Force had not put our troops airlifted in the early hours of 27th October, 1947 from Delhi on the ground at Srinagar which was menacingly threatened by Pakistan forces, the history and map of India might well have been quite different. In those momentous hours the Indian Army and Indian Air Force, in a heroic joint operation, began to roll back the blatant aggression of Pakistani military and save Jammu & Kashmir from the marauders. Independent India’s first war started with no other means available to assist the beleaguered local forces; and Indian Army troops were moved by air under grave emergency conditions from Delhi to stem the enemy’s advance. From this point started the saga of the an almost forgotten war: the first and the longest war independent India was forced to fight, and where the fledgling air force, emaciated by partition, and preoccupied with relief and rescue operations following massive riots and demographic movements played a crucial role in India’s defence. Indian Air Force continued to play a vital role during that most incredible war; and this book chronicles the history of its role, where all the bits and pieces have been brought together by the painstaking persistence of the author to share the glorious record of the Indian Air Force. The men in blue, knowing the challenges of an aggressive military, the weather and terrain of high altitude, and the difficulties of supplying our troops, working closely with the army knew that it executed one of most brilliant military campaigns in its history under the most daunting circumstances — feats that it has continued to repeat ever since then. But time and again the air force moved troops into critical battles and provided extensive combat support in uncharted areas to turn the tide. Within the IAF; the deeds of pilots, engineers, technicians and other personnel during that war became legend and inspired succeeding generations. But little has been written or known in and outside the service about how our inheritance was shaped by so few. This volume tells the story for the first time, painstakingly put together from extensive research and interviews by the author.