Light After Dark 1 is a collection of well-established, but up-to-date, science, both from theory and observation, including material from Charles Francis’ published papers. Francis considers arguments, both for and against, two of the most controversial ideas in modern cosmology. Based on established physics, he suggests that unobserved and exotic substances, cold dark matter and dark energy, can be replaced by an improved understanding of the creation of large scale structure following the Big Bang. The structures and the physics of the universe as we observe it are described and placed in the context of Big Bang cosmology. Further topics include large scale structure, entropy and the arrow of time, the creation of the elements, the structure and evolution of galaxies and stars, Newtonian gravity, the structure of the Milky Way and other spiral galaxies, galaxy rotation curves and Friedmann cosmology. This fascinating exploration of the universe as it is revealed by physical theory and the observations of astronomers will appeal to students of astronomy and astrophysicists, and anyone intrigued by the universe in which we live. Written without equations and with helpful explanations of physical concepts, it is accessible to both scientists and non-specialist readers alike.

In Light after Dark II: The Large and the Small, Dr Francis explores the physics and the philosophy pertinent to the conceptual foundations of modern physical theory, avoiding equations and with sufficient explanation to be accessible to general readers. A comprehensive rationale is described for the theories of Einstein, Heisenberg, Dirac, von Neumann, Feynman, and others. Spacetime curvature is elucidated. The meanings of Schrödinger’s cat, Bell’s theorem and Bertlmann’s socks are explained. Implications for determinism, free will, and the nature of space and time are examined. This is a book of well-established but up-to-date science, focussing on the concepts behind the mathematics of modern physical theory and covering the special and general theories of relativity, relativistic quantum mechanics, and particle physics. It describes both what we know and how we know it, and explains the thought that underlies modern physics. It includes explanation as to how infinities and other undefined quantities can be avoided. Contrary to widespread belief, there are no unresolved paradoxes or inconsistencies in either relativity or quantum mechanics (either separately or together), but understanding them requires a willingness to let go of common misconceptions concerning the character of space, time, and spacetime. Light after Dark II will appeal to students of physics and philosophy and anyone interested in the workings of reality. 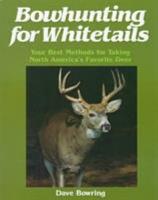 Describes all the latest technological advances in equipment and provides practical advice on scouting, tracking, and hunting techniques.

IN 2008, as he attempted to enter Canada to film a television series, Harry Hamlin—the former star of L.A. Law and once People magazine’s Sexiest Man Alive—was detained at the border for unresolved narcotics convictions. And so begins Full Frontal Nudity, a laugh-out-loud-funny memoir in which Harry digs deep into his past to recount the wacky experiences of his childhood, the twisted path that led to his alleged criminal behavior, and the series of fortuitous mishaps that drove him to become an actor. Harry was reared in suburban California in the late 1950s by a gin-gulping, pill-popping housewife mother and a rocket scientist father with a secret life. On its surface, his childhood was not unlike his peers’, except that he was kicked out of the fourth grade for writing a book report on Mein Kampf and, when he was eleven, his parents gave him a subscription to Playboy for Christmas. Curious by nature, chock-full of boyish charm and good looks, Harry experimented with mystical religion and set off for Woodstock, only to narrowly avoid lighting the whole of Yellowstone National Park on fire. At eighteen, he was ready to matriculate at Berkeley and become the architect he always wanted to be. But fate—this time in the form of a large Hells Angel, a few purple microdots, and an evening in the tree houses of La Honda—got in the way. Sharp and bawdy, Full Frontal Nudity spans the years from Harry’s childhood through his time at Berkeley (which he was asked to leave after he was accused of running a brothel), to Yale, then on an extended vacation in the Yucatán, and finally to the American Conservatory Theater, where Harry played his first lead role—as the buck-naked star of Equus. Full Frontal Nudity is an uproarious memoir that captures an era and describes the unlikely origins of a star. 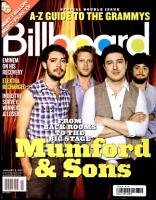 Not only was Alex Singer a great human being -- and though young, he was great -- he was also a gifted writer and artist. These letters, diary entries and drawings are quite simply riveting. Whether your interest is Israel, the development of a sensitive young mind, Judaism or God, you will never forget Alex: Building A Life. Read it and laugh and cry. In other words, read it and live a remarkable life that was cut short.

If Abner Musser hadn’t run out of sons, his neighbors say, The Buck would have been as big as Pittsburgh in another 10 years. This area in Southern Lancaster County reminds me more and more of the region just east of Lancaster. I suppose the words that condense this thought could be: Bird-In-Hand gained, Paradise lost. Quote from Robert Risk: “Death does not end all-it begins everything.” If Ma Garner heard a ruckus outside her house at night she raised her bedroom window, shot once, then opened fire with an arsenal of words that may have stung worse than the shotgun pellets. The resourceful human mind has developed to strive for the betterment of mankind, yet the human spirit has evidently never abandoned the cave. At Woodstock there were numerous drug busts, at our gathering all drugs were handed out before the meal.