A wonderfully funny and poignant novel about growing up in the seventies, teenage angst, growing pains and first love. Rachel and Susan do not like to be beside the seaside. Hastings is so uncool. Plunging headfirst into the choppy waters of adolescence, they are determined to survive their teens by sticking together. It’s a rollercoaster ride of nutty parents, randy language students, stoned hippies, all-night parties on the pier, and an amusement arcade of emotional neediness.

"The new icons - Madonna, Princess Di, Roseanne - appear to be all-powerful, but what is really going on? Can Princess Diana ever be anything but the Queen of Broken Hearts? Is there such a thing as a female serial killer? Why are women urged to have children when they don't want them? Are single mothers to blame for truancy and teenage crime? What exactly was Linda Fiorentino up to in THE LAST SEDUCTION? And why can't sex symbols like Madonna have sex? These questions and many more, lie at the heart of Joan Smith's provocative new enquiry into the differences between men and women. In a series of essays on female icons like the Princess of Wales and Naomi Campbell as well as ogres like Rosemary West, Smith demonstrates the extent to which our judgements are influenced by unconcious ideas about gender. In doing so, her book tackles a fundamental but so far barely examined possibility: that the idea of difference is far more important than its reality. MISOGYNIES has remained in print since publication in 1989 and has become a key study of its subject. DIFFERENT FOR GIRLS is a MISOGYNIES for the late 90s, forcing us to ask new questions and see new truths."

This is a story of an ordinary girl's transformation from awkward 80s suburban pop geek to 90s jet-set pop goddess. It's about the embarrassments of growing up and experimenting with who you are and how pop music is both the comic and life-affirming soundtrack that runs through it all. Different for Girls is for anyone who ever sang into a hairbrush and slow-danced to Spandau Ballet's True. It's about growing up with Look-In and Jackie magazine and daubing your hair with poster paint to look more like Toyah Wilcox. It's about bad perms, bad boyfriends and the nagging feeling that no man will quite measure up to Nick Heyward from Haircut One Hundred. It's also about the journey from bad band to great band, from gigs in toilets to gigs in stadiums with all the mistakes, joys, disappointments and successes in between. It's a journey which starts with a 12-year-old perfecting her dance routine to Kate Bush's Wuthering Heights in front of TOTPs and ends, almost 20 years later, with the same girl having REM's Michael Stipe sing happy birthday to her on a warm summer's evening accompanied by 70,000 strangers.

This thirteenth edition of ANNUAL EDITIONS: CHILD GROWTH AND DEVELOPMENT provides convenient, inexpensive access to current articles selected from the best of the public press. Organizational features include: an annotated listing of selected World Wide Web sites; an annotated table of contents; a topic guide; a general introduction; brief overviews for each section; a topical index; and an instructor’s resource guide with testing materials. USING ANNUAL EDITIONS IN THE CLASSROOM is offered as a practical guide for instructors. ANNUAL EDITIONS titles are supported by our student website, www.dushkin.com/online.

The most trustworthy source of information available today on savings and investments, taxes, money management, home ownership and many other personal finance topics. 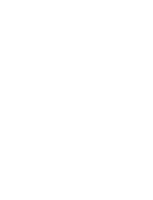