In the Godfather Garden is the true story of the life of Richie “the Boot” Boiardo, one of the most powerful and feared men in the New Jersey underworld. The Boot cut his teeth battling the Jewish gang lord Abner Longy Zwillman on the streets of Newark during Prohibition and endured to become one of the East Coast’s top mobsters, his reign lasting six decades. To the press and the police, this secretive Don insisted he was nothing more than a simple man who enjoyed puttering about in his beloved vegetable garden on his Livingston, New Jersey, estate. In reality, the Boot was a confidante and kingmaker of politicians, a friend of such celebrities as Joe DiMaggio and George Raft, an acquaintance of Joseph Valachi—who informed on the Boot in 1963—and a sworn enemy of J. Edgar Hoover. The Boot prospered for more than half a century, remaining an active boss until the day he died at the age of ninety-three. Although he operated in the shadow of bigger Mafia names across the Hudson River (think Charles "Lucky" Luciano and Louis “Lepke” Buchalter, a cofounder of the Mafia killer squad Murder Inc. with Jacob “Gurrah” Shapiro), the Boot was equally as brutal and efficient. In fact, there was a mysterious place in the gloomy woods behind his lovely garden—a furnace where many thought the Boot took certain people who were never seen again. Richard Linnett provides an intimate look inside the Boot’s once-powerful Mafia crew, based on the recollections of a grandson of the Boot himself and complemented by never-before-published family photos. Chronicled here are the Prohibition gang wars in New Jersey as well as the murder of Dutch Schultz, a Mafia conspiracy to assassinate Newark mayor Kenneth Gibson, and the mob connections to several prominent state politicians. Although the Boot never saw the 1972 release of The Godfather, he appreciated the similarities between the character of Vito Corleone and himself, so much so that he hung a sign in his beloved vegetable garden that read “The Godfather Garden.” There’s no doubt he would have relished David Chase’s admission that his muse in creating the HBO series The Sopranos was none other than “Newark’s erstwhile Boiardo crew.” 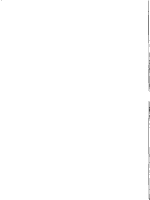 While there are a great many books on Louis XVI, Marie Antoinette and the rest of the French Royal Family, the crucial role of the Duc d'Orleans--the man who bankrolled the French Revolution--has been inexplicably overlooked, and this is the first biography to appear in English for many years. This is despite the fact that he was the only member of a royal house ever to join a revolution against its monarchy and to vote for the judicial murder of the king. As well as bringing vividly to life the famous heroes and villains of the French Revolution, Tom Ambrose introduces the reader to a host of colorful and truly unforgettable characters, including Philippe's friend the Chevalier de Saint-George ("the Black Mozart") with whom he cofounded the first French anti-slavery society, the Duc's mistress Madame de Genlis, femme fatale and leading intellectual of the age, and--most significantly--Philippe himself, a towering figure in one of the most significant periods of European history.