This book presents the recollections of Charlotte Matheny Kirkwood from when she was a five-year old growing up in Missouri in the 1840's, to her trek in 1843 across the plains in a wagon train and her life in Yamhill County, Oregon, until her death in 1926.

Geoff Winningham began photographing the popular fiestas of Mexico in 1984. Returning to the same Mexican villages several times a year, he formed personal relationships with families who permitted him to photograph them in the intimacy of their homes, and local officials who gave him special access to all phases of the celebrations. The fiestas provide tangible links to the pre-Hispanic cultures of middle America, intertwining some of the great Pagan festivals of these ancient peoples with catholic ritual and tradition. In the Eye of the Sun is a remarkable visual chronicle of Mexican life. The book also includes an introduction by Richard Rodriguez and an essay by J.M.G. Le Clezio.

An eminent scientist disappears while on an expedition to the Amazon; several of his colleagues return to the West in a trance-like state, talking of a mysterious lost civilisation who seem to have been more advanced than our own and who built a machine which, if it exists, could solve all the world's energy problems. A machine they called the Eye of the Sun God. Meanwhile ambitious young oil troubleshooter Caroline Kent accepts a posting to a refinery in the troubled South American state of Camaragua. There, she finds herself drawn into a battle of wits with ruthless drug baron Otto Viellar, who wants his products to be the country's chief source of revenue and sees International Petroleum Ltd as a threat to his interests. But in this potentially bloody and vicious struggle far more is at stake than the future of IPL Camaragua; for Viellar, too, has found out about the Eye of the Sun God, and it has other uses than peaceful ones. If it falls into his hands, it could give him the power to rule the entire world... 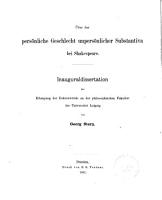