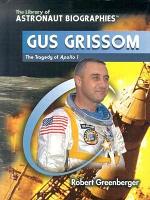 Profiles the Air Force test pilot who became one of the first astronauts and describes his participation in the Mercury, Gemini, and Apollo space programs as well as his death in a tragic fire during a pre-flight test on the Apollo 1 spacecraft.

Unlike other American astronauts, Virgil I. "Gus" Grissom never had the chance to publish his memoirs—save for an account of his role in the Gemini program—before the tragic launch pad fire on January 27, 1967, which took his life and those of Edward White and Roger Chaffee. The international prestige of winning the Moon Race cannot be understated, and Grissom played a pivotal and enduring role in securing that legacy for the United States. Indeed, Grissom was first and foremost a Cold Warrior, a member of the first group of Mercury astronauts whose goal it was to beat the Soviet Union to the moon. Drawing on extensive interviews with fellow astronauts, NASA engineers, family members, and friends of Gus Grissom, George Leopold delivers a comprehensive survey of Grissom’s life that places his career in the context of the Cold War and the history of human spaceflight. Calculated Risk: The Supersonic Life and Times of Gus Grissom adds significantly to our understanding of that tumultuous period in American history. --Publisher 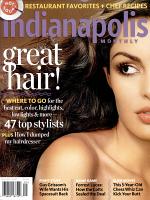 A biography of one of America's first seven astronauts, focusing on the training and career of Gus Grissom, who died in a fire aboard Apollo I in 1967.

This is perhaps the most complete, detailed and readable story of manned space-flight ever published. The text begins with the historical origins of the dream of walking on the Moon, covers the earliest Mercury and Gemini flights and then moves on to the end of the Apollo era. In readable, fascinating detail, Hamish Lindsay - who was directly involved in all three programs - chronicles mankind's greatest adventure with a great narrative, interviews, quotes and masses of photographs, including some previously unpublished. In addition to bringing the history of these missions to life the book serves as a detailed reference for space enthusiasts and students.

Selected as one of NASA's original Seven Mercury Astronauts, Gus Grissom would go on to become the first man to fly in space twice and later give his life to the NASA space program. This book unearths the story of Indiana's first astronaut by offering a more complete picture of Grissom's life and character and the events that led up to his death.

An authorized portrait of the first astronaut to set foot on the moon sheds light on other aspects of his career, from the honors he received as a naval aviator to the price he and his family paid for his professional dedication. 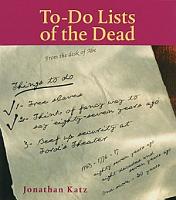 Ever wondered what George Washington put on his "To-Do" list? According to funnyman Jonathan Katz' book To-Do Lists of the Dead, it said check gums for termites and bury the hatchet. Katz has done it again. During a layover at LaGuardia Airport, Katz entertained himself with his PalmPilot digital organizer by creating "To-Do" lists of famous-and deceased-political figures, entertainers, and rock musicians. The result: the hilarious To-Do Lists of the Dead. This wickedly clever compilation shows celebrities' tasks that were completed and those put off too long. For example: FDR 1. Come up with a more upbeat name for the "greatest depression" (not done) 2. Think of one more thing we have to fear for speech (not done) 3. Insist on twin beds (checked off) Katz's creative comic ingenuity in To-Do Lists of the Dead illustrates why he's one of the few comics HBO has showcased in its stand-up series.

NASA’s Mercury astronauts were seven highly skilled professional test pilots. Each of them seemed to possess the strength of character and commitment necessary to overcome apparently insurmountable obstacles as the United States entered into a Cold War space race with the Soviet Union. This was never more evident than on the epic suborbital MR-4 flight of Liberty Bell 7 with astronaut Virgil (‘Gus’) Grissom piloting the spacecraft to a successful splashdown, followed by the premature blowing of the craft’s explosive hatch. After a hurried exit and struggling to stay afloat, he could only watch helplessly as the recovery helicopter pilot valiantly fought a losing battle to save the sinking capsule. That day NASA not only lost a spacecraft but came perilously close to losing one of its Mercury astronauts, a decorated Korean fighter pilot from Indiana who might one day have soared to the highest goal of them all, as the first person to set foot on the Moon. For the first time, many of those closest to the flight of Liberty Bell 7 and astronaut Gus Grissom offer their stories and opinions on the dramatic events of July 21, 1961, and his later pioneering Gemini mission. They also tell of an often controversial life cut tragically and horrifically short in a launch pad fire that shocked the nation.