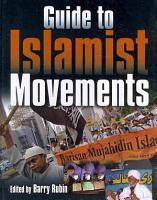 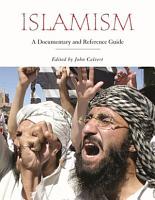 Features literature about Islamism--the active affirmation and promotion of beliefs of an Islamic nature--aiming to explain the origins, values, and movements within the Islamic faith.

The Arab Spring began and ended with Tunisia. In a region beset by brutal repression, humanitarian disasters, and civil war, Tunisia's Jasmine Revolution alone gave way to a peaceful transition to a functioning democracy. Within four short years, Tunisians passed a progressive constitution, held fair parliamentary elections, and ushered in the country's first-ever democratically elected president. But did Tunisia simply avoid the misfortunes that befell its neighbors, or were there particular features that set the country apart and made it a special case? In Tunisia: An Arab Anomaly, Safwan M. Masri explores the factors that have shaped the country's exceptional experience. He traces Tunisia's history of reform in the realms of education, religion, and women's rights, arguing that the seeds for today's relatively liberal and democratic society were planted as far back as the middle of the nineteenth century. Masri argues that Tunisia stands out not as a model that can be replicated in other Arab countries, but rather as an anomaly, as its history of reformism set it on a separate trajectory from the rest of the region. The narrative explores notions of identity, the relationship between Islam and society, and the hegemonic role of religion in shaping educational, social, and political agendas across the Arab region. Based on interviews with dozens of experts, leaders, activists, and ordinary citizens, and a synthesis of a rich body of knowledge, Masri provides a sensitive, often personal, account that is critical for understanding not only Tunisia but also the broader Arab world.

This new edition provides expert explanation of the key anti-terrorism legislation. It offers comprehensive guidance on the effects, extent, and scope of the legislation, along with copies of the key legislation. The book is clearly organized with separate chapters on counter-terrorist powers, terrorist investigation, terrorist offences and special criminal processes.

Though Foley does not disagree that oil revenues have been important in preserving the power of Gulf autocrats, he goes beyond popular stereotypes to identify other crucial forces that are conspiring to disrupt the status quo.

The Middle East has been a flash point in world affairs since before the Second World War. Though Cold War politics may no longer dominate its agenda and the threat of war between Arabs and Jews has receded, it remains among the world's most troubled and unstable regions. In lucid and expert chapters on every country in the Middle East, each written by a leading authority, The Times Guide to the Middle East presents an essential overview of the whole region, pinpointing its recent history and highlighting the immense problems facing it today. Further chapters look at the role of oil, the Palestinian question and the rise of fundamentalism. This all-new edition will become a standard reference for anyone seeking to understand the tangled political rivalries and complex history of the Middle East.

A striking analysis of how and why Islamic values have become such a potent contemporary political force, shedding new light on a much misunderstood situation.