John Duly was an average man with little to live for...or so he thought, until the events in his life drove him to evaluate his own self-worth of living or dying. As a struggling alcoholic, John failed to acknowledge even his greatest achievements. His heroic actions in World War II were downplayed by his lack of confidence. The friendships he made were underscored by his feelings of self-pity and insignificance. It wasn't until he met a young woman, that his life was transformed into a soul-searching event. He started to question his feelings, his weaknesses. He started to gather the pieces of his past. Would they explain the reasons for his shattered stability as a man or would they only drive him deeper into his lonely persona?

PTSD sucks. Just ask nineteen year-old Aurora. She's dealt with it for the past two years. Effing car crash. Resigned to live a mediocre life with her friends Percocet and Xanax, she's coped on her own. Terrified of stepping beyond her backyard, broken and damaged Aurora doesn't need anyone, anyways. Until she meets - him. Shy but smoking hot, Nate Johnson has a mouth as smart as hers, and can handle every ounce of sass she dishes out. Immediately, he's hooked by Aurora's sarcastic wit. A man on a mission, he wants to help her over her fear of cars. He needs to, if he's ever going to have her as part of his world - a passion he's kept hidden from her. As he succeeds with the impossible goal, he finds he's curing more than just her PTSD, he's healing her heart. But when her fears collide with his passion, it drives Aurora away. From him. From them. From the best thing to ever happen to her. Because sometimes love just isn't enough. However, Nate wants her back and he's willing to give up everything he loves for her. Aurora refuses to have him sacrifice his passion because of her, and dreams up a risky plan to stop him. It's dangerous. It's foolish. And if it doesn't kill her first, it could just save them both. 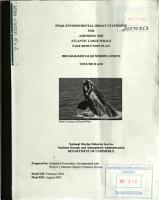 This sleek, modern take on a monogrammed notebook features the letter C on the cover. This lined journal is multifunctional and can serve as a notebook, composition book, or journal. 120 Pages | 6 x 9 Inches | 26 Lines Per Page | Matte Soft Cover 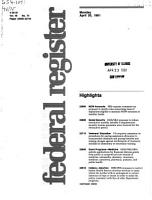