Without a Myth in which the characters are about to be trapped in a world where they will have no free will, only able to follow an arbitrary script. The Lizard of Oz, a children's play, based on the fantasy novel in which an elementary school class sets out to save the world from disenchantment. Mercy, set during the American Revolution, in which playwrights Mercy Otis Warren and General (Gentleman Johnny) Burgoyne compete and flirt. Rights Crossing, set during the American Revolution, in which events at a ferry across the Susquehanna determine the outcome of the war. The Barracks, a microcosm of human aspirations and conflict, with a group of reservists going through basic training at the time of the Viet Nam War. 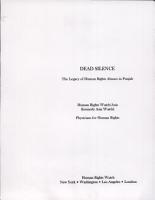 Political games can be deadly… Elise Carmichael is a court sign language interpreter who reads lips all the time. As a widow with a young son who is deaf, lip reading is simply second nature, until the day she reads the lips of someone on the phone discussing an attempt to be made on a senator’s life—a senator who just happens to be her mother-in-law. Before she can decide what she needs to do, she receives the information that her son is rushed to the ER and she must leave. Then she later sees the news report that her mother-in-law has been shot and killed. But when she comes forward, her life, as well as her son’s life, may now be in the crosshairs of the assassin.

A counselor for International Air, Liza MacDonough is dedicated to helping employees cope with the trauma of downsizing, until she discovers that a sudden series of layoffs is linked to the company's secret experimental project.

The Reverend Lee Barker went missing nineteen years ago… And the people of Stillwater, Mississippi, believe they know why. They're convinced he was murdered—by his stepson, Clay Montgomery. But only Clay—and his mother and sisters—can say for sure. They were the only ones there that fateful night, the only ones who know what really happened. And they're not talking. Allie McCormick is a cold-case detective from Chicago. After a particularly difficult divorce, she's returned to Stillwater with her six-year-old daughter to find the peace she once knew in her hometown, and to work for the local police force while she's starting over. But when Clay's powerful enemies join forces to put him behind bars, Allie feels duty bound to uncover the truth. Her instincts tell her he didn't murder the Reverend Lee Barker. Maybe Clay's a dark and brooding man with more than his share of secrets, but he was just sixteen at the time. And he's not a cold-blooded killer. At least, that's what Allie believes—until she finds proof that behind the preacher's pious demeanor lurked the heart of a monster. Then she has to ask herself whether justice has already been done.…

So terrifying it'll leave readers breathless... When a Minnesota teen is kidnapped, Doc Ford is given an unthinkable ultimatum, and only 36 hours to act on it. But there's something unusual about the boy that his captors don't even know, twisting this deadly game out of control in ways no one can imagine.

There's a body buried behind a Mississippi farmhouse. Grace Montgomery knows who it is, and she knows why it happened. She was only thirteen the night it all went wrong. And now, like then, she has no choice but to keep her mouth shut. Grace left the town of Stillwater thirteen years ago, trying to forget, trying to make good. As an assistant D.A. in Jackson, she's finally achieved the success that was supposed to change her life. But it hasn't—so she's come back to confront her own history. Which means returning to the farmhouse now owned by her brother and facing the people of Stillwater, a number of whom suspect the truth. Widower Kennedy Archer is one of those people. He's running for mayor and needs to stay as far away from Grace as possible. And yet…she's an enigma he can't resist. Even though her enemies are close to finding out what really happened—and that could ruin them both.