It is one of the most enduringly fascinating crimes in American history. On January 15, 1947, passersby made a grisly discovery in a vacant lot in Los Angeles: the body of a naked young woman, cut in two, and savagely mutilated. The victim was identified as Elizabeth Short, a struggling Hollywood actress. Nicknamed the Black Dahlia by a headline-hungry press, her lurid demise sparked a desperate manhunt. But the mystery of the Black Dahlia murder remained unsolved for nearly half a century -- until now. A victim of incest and brutality from infancy, Janice Knowlton was an old hand at repressing hideous memories by age ten, when she watched her father, George Frederick Knowlton, torture, kill, and dismember Elizabeth Short in the detached garage of their California home. It was not the first of Daddy's murders Jon had witnessed, and it would not be the last -- but she had been so traumatized that it took over four decades for fragments of her memory to resurface. Aided by a family counselor specializing in child abuse, Jan experienced a nightmare flood of childhood memories -- and realized that she had witnessed her father commit up to nine savage and sadistic murders, including that of her own infant son, a child of incest. Using census records, maps, family interviews, police reports, and clippings from a dozen newspapers to document her searing memories, Janice exposes her father's thirty-year rampage of rope and murder in this astonishing survivor's testament -- and provides persuasive evidence that Los Angeles low enforcement authorities always knew the shocking truth... 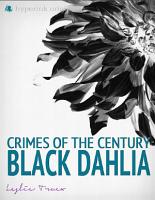 ABOUT THE BOOK On January 15, 1947, Betty Bersinger pushed her daughter in a stroller past a vacant lot in Los Angeles, California. She was on her way to pick up a pair of repaired shoes for her husband when she saw the body of Elizabeth “Betty” Short lying just off the sidewalk. Bersinger initially mistook the body for a mannequin, but upon closer inspection, realized it was the body of woman. She immediately contacted the police and touched off one of the most notorious unsolved cases in the history of the United States. Immediately the gruesomeness of the crime caused a sensation. Betty Short’s torso had been severed in two and there were slash marks from the corners of her mouth to each ear. She’d been drained of blood, cleaned and then posed with her arms bent at right angles. Her arms and legs showed signs of being tied up or hung upside down and she had injuries from blows to the head. The lack of blood led the police to determine she was killed elsewhere and dumped in the vacant lot. They also concluded that she’d been left sometime after 2:00 a.m. because there was no dew on her body. EXCERPT FROM THE BOOK The initial investigation was hindered by the fact that the media and gawkers were on the scene before police and damaged the crime scene. The police had difficult time piecing together the events from the time Short was last seen on January 9th at the Biltmore Hotel and when her body was found on January 15. However, a full-out effort was made to find the killer. The police canvassed the neighborhood, talked to the last person known to have seen Short, Robert Manley and interviewed all her old boyfriends. The clean cut of her wounds led the police to suspect the murderer was someone with surgical skill and went so far as to get a list of medical students from the nearby University of Southern California. As many as 50 people confessed to the crime and many more indicated they’d seen Short during the time she’d last been seen alive and found on January 15. However the confessions and sightings were dismissed. Several men were interrogated, but no arrest was made. Nine days after her body was discovered, the local newspaper, the Examiner received a call and documents in the mail presumably from the murderer. The package contained Short’s birth certificate, social security card, photographs, Major Matthew Gordon’s obituary and an address book with Mark Hanson’s name embossed on it with the names of several men listed in side. All the men were contacted and cleared. The men reported having met Short and bought her a drink or dinner, but lost contact with her when she let them know she wasn’t interested in a physical relationship. A day after the package with Short’s belongings arrived at the Examiner, her handbag and one of her shoes was found near a dumpster several miles from where her body was found. None of these items helped the police find her killer. Over the last sixty-five years, old suspects have been revisited and new suspects have been postulated, but the official status of the crime remains unsolved. Buy the book to continue reading!

Analyzes the communication behavior of ten notorious serial killers, recounting the events of each case and speculating about the purpose and psychological implications of the notes and messages left or sent by each killer.

Ever wondered who murdered JonBenét Ramsey, or who terrorized San Francisco as the Zodiac Killer? Puzzled over the notorious Black Dahlia murder, or the shootings of Tupac Shakur and Biggie Smalls? This true crime anthology collects together some of the most intriguing unsolved murders in the world-cases that have baffled investigators for decade after decade. Sorting the facts from the speculation, Unsolved Murders: True Crime Cases Uncovered concisely explores each case, detailing essential evidence, profiles of suspects, and the twists and turns of police investigations. From domestic tragedies to sadistic serial killers, this book will have you returning to these cases again and again. Examine the evidence and decide for yourself: Who could have done it?

The deaths of film celebrities are sometimes even more fascinating than their lives. Hollywood visitors and natives are often drawn to sites of tragedy involving the rich, the beautiful, and the notorious. This book can make finding those locations simple. These sixteen driving tours cover over 500 sites relating to celebrity deaths and scandals. Each tour covers a specific area of the world's film capital, from Sunset Strip to Bel Air, giving specific directions to each location on the tour. Sites include famous graves, like Rudolph Valentino's, where the Lady in Black made her annual pilgrimage for thirty years; houses and businesses said to be haunted by those as famous in death as they were in life; locations of famous murders and deaths, from William Desmond Taylor to John Belushi; and scandalous locations like the infamous Francis Brothel. Tips for safe and enjoyable touring are also included, and the tours allow everyone from the mildly curious to the completely morbid to find some of Hollywood's darkest corners.

For Viewers of the TNT Series I Am the Night and Fans of the Root of Evil Podcast, the Bestselling Book That Revealed the Shocking Identity of the Black Dahlia Killer and the Police Corruption That Concealed It for So Long A New York Times Bestseller An International Bestseller A New York Times Notable Book An Edgar Award Finalist In 1947, the brutal, sadistic murder of a beautiful young woman named Elizabeth Short led to the largest manhunt in LA history. The killer teased and taunted the police and public for weeks, but his identity stayed a mystery, and the murder remained the most tantalizing unsolved case of the last century, until this book revealed the bizarre solution. Steve Hodel, a retired LAPD detective who was a private investigator, took up the case, reviewing the original evidence and records as well as those of a separate grand jury investigation into a series of murders of single women in LA at the time. The prime suspect had in fact been identified, but never indicted. Why? And who was he? In an account that partakes both of LA Confidential and Zodiac, for the corruption it exposes and the insight it offers into a serial killer’s mind, Hodel demonstrates that there was a massive police cover-up. Even more shocking, he proves that the murderer, a true-life Jekyll and Hyde who was a highly respected member of society by day and a psychopathic killer by night, was his own father. This edition of the book includes new findings and photographs added after the original publication, together with a new postscript by the author.