This book explores the history of African tangible and intangible heritages and its links with the public memory of slavery in Brazil and Angola. The two countries are deeply connected, given how most enslaved Africans, forcibly brought to Brazil during the era of the Atlantic slave trade, were from West Central Africa. Brazil imported the largest number of enslaved Africans during the Atlantic slave trade and was the last country in the western hemisphere to abolish slavery in 1888. Today, other than Nigeria, the largest population of African descent is in Brazil. Yet it was only in the last twenty years that Brazil's African heritage and its slave past have gained greater visibility. Prior to this, Brazil's African heritage and its slave past were completely neglected. This is the first book in English to focus on African heritage and public memory of slavery in Brazil and Angola. This interdisciplinary study examines visual images, dance, music, oral accounts, museum exhibitions, artifacts, monuments, festivals, and others forms of commemoration to illuminate the social and cultural dynamics that over the last twenty years have propelled--or prevented--the visibility of African heritage (and its Atlantic slave trade legacy) in the South Atlantic region. The book makes a very important contribution to the understanding of the place of African heritage and slavery in the official history and public memory of Brazil and Angola, topics that remain understudied. The study's focus on the South Atlantic world, a zone which is sparsely covered in the scholarly corpus on Atlantic history, will further research on other post-slave societies. African Heritage and Memories of Slavery in Brazil and the South Atlantic World is an important book for African studies and Latin American studies. It is especially valuable for African Diaspora studies, African history, Atlantic history, history of Brazil, history of slavery, and Caribbean history. 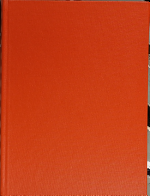