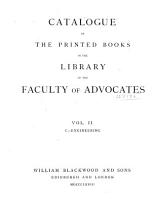 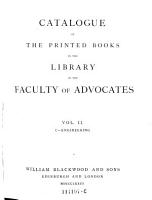 Is monotheism humankind's second worst idea? Would you really want to meet your dharmic partner? Does free will exist? Is the too much examined life not worth living? How would you remove a curse from a dead Tibetan lama? What is consciousness? And why won't the vicar let us use his church hall? 'Confessions of a Seeker' is Richard Sylvester's fifth book. It is a sometimes wryly humorous, sometimes deeply serious account of several decades spent searching for "ultimate truth" through Eastern spiritual paths and Western psychotherapeutic practices. During these years, Richard became involved among other things with hallucinogenic drugs, Transcendental Meditation, gurus, past life regression therapy, personal growth groups, shamanism, channelling and alternative medicine. He came across numerous beliefs including conspiracy theories about shape-shifting lizards and Atlantean crystals. As well as recounting adventures with therapists, lamas, psychics, and amiable hippies who fear that tap water might kill them, the book tackles religious belief head on, with chapters on Buddhism, Catholicism and The Baptist Church. It also addresses more philosophical issues such as free will, the nature of consciousness, and the essential difference between science and religion. "Tricia has been spreading the worst rumour about me that she has been able to concoct. But it is not that I roast and eat babies on the Sabbath, nor that I dance naked with the devil and consort with his minions. It is that I am that most dangerous of all people .......... a Buddhist!" "Past life regression has become popular amongst the faintly hippy spiritually inclined seekers of whom I am one." "My view is that the world would be a better place if the Pope commanded his Cardinals to distribute lorry loads of free condoms to the Catholic faithful." "I have cleaned toilets and swept floors on three continents. I am not boasting. This is simply a statement of fact." Richard Sylvester's previous books include 'I Hope You Die Soon' and 'Non-Duality Questions, Non-Duality Answers'. www.richardsylvester.com