This updated classic gives students the tools they need to successfully transition from high school to college, avoid rookie mistakes, and set themselves up for academic success from day one. College can be the most exciting time in your life, but it also throws you into the deep end, with new academic and social responsibilities often seeming impossible to juggle. College Rules! will save you time and trouble, setting you up for academic success from the get-go. Whether you’re graduating at the top of your high school class or returning to college as an adult, this updated and expanded edition offers practical advice on how to successfully transition into college. Including tips and strategies that won’t ever be taught in lectures, you’ll learn how to: - Study smarter—not harder - Use technology in the classroom - Choose an app for every occasion - Excel at time management [Read: Balance homework and parties] - Stay motivated—even in those “yawn” classes - Plan a manageable course schedule - Interact effectively with profs - Become a research ace—online and at the library - Survive the stress of exam week - Set yourself up for stellar recommendations With sad but true stories that teach tough lessons the easy way and inside scoops that provide advice based on actual research, College Rules! will help you make the most of your college years.

An updated and expanded edition of a college survival primer by two college professors shares essential advice and strategies on topics ranging from stress management and test preparation to staying motivated and balancing academics with a social life. Original.

The vast majority of automatic controllers used to compensate industrial processes are PI or PID type. This book comprehensively compiles, using a unified notation, tuning rules for these controllers proposed from 1935 to 2008. The tuning rules are carefully categorized and application information about each rule is given. The book discusses controller architecture and process modeling issues, as well as the performance and robustness of loops compensated with PI or PID controllers. This unique publication brings together in an easy-to-use format material previously published in a large number of papers and books.This wholly revised third edition extends the presentation of PI and PID controller tuning rules, for single variable processes with time delays, to include additional rules compiled since the second edition was published in 2006./a 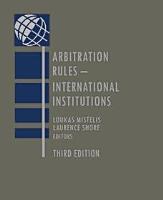