Grant Morrison's best-selling run on BATMAN & ROBIN continues with this volume collecting issues #13-16 and BATMAN: THE RETURN #1. On the eve of Bruce Wayne's return to Gotham City, the new Batman and Robin team that battled crime during his absence must deal with the deadly return of The Joker. Then, Grant Morrison connects BATMAN & ROBIN with the best-selling THE RETURN OF BRUCE WAYNE for the climactic showdown between Batman and The Black Glove. And in an epic tale illustrated by acclaimed artist David Finch, learn what happens to Dick Grayson after the "real" Batman returns.

Covering genres from action/adventure and fantasy to horror, science fiction, and superheroes, this guide maps the vast and expanding terrain of graphic novels, describing and organizing titles as well as providing information that will help librarians to build and balance their graphic novel collections and direct patrons to read-alikes. • Introduces users to approximately 1,000 currently popular graphic novels and manga • Organizes titles by genre, subgenre, and theme to facilitate finding read-alikes • Helps librarians build and balance their graphic novel collections

Spinning out of Batman RIP, the new Dynamic Duo hits the streets with a bang in their new flying Batmobile to face an assemblage of villains called the Circus of Strange, and tackle their first mission - investigating an abduction by the mysterious Domino Killer. But will everything go smoothly? And who exactly are the new Batman and Robin? The newest era of the Dark Knight begins here!

Batman and Robin hit the streets with a bang in their new flying Batmobile to face an assemblage of villains called the Circus of Strange, and investigate the abduction of a child by the mysterious Domino Killer. But can this new Dynamic Duo find a way to work together? Find out in this new Deluxe hardcover collecting the first six issues of the hit series!

Dick Grayson—alter-ego of the original Robin of Batman comics—has gone through various changes in his 75 years as a superhero but has remained the optimistic, humorous character readers first embraced in 1940. Predating Green Lantern and Wonder Woman, he is one of DC Comics’ oldest heroes and retains a large and loyal fanbase. The first scholarly work to focus exclusively on the Boy Wonder, this collection of new essays features critical analysis, as well as interviews with some of the biggest names to study Dick Grayson, including Chuck Dixon, Devin Grayson and Marv Wolfman. The contributors discuss his vital place in the Batman saga, his growth and development into an independent hero, Nightwing, and the many storyline connections which put him at the center of the DC Universe. His character is explored in the contexts of feminism, trauma, friendship, and masculinity.

In a world of globalised media, Japanese popular culture has become a signifi cant fountainhead for images, narrative, artefacts, and identity. From Pikachu, to instantly identifi able manga memes, to the darkness of adult anime, and the hyper- consumerism of product tie- ins, Japan has bequeathed to a globalised world a rich variety of ways to imagine, communicate, and interrogate tradition and change, the self, and the technological future. Within these foci, questions of law have often not been far from the surface: the crime and justice of Astro Boy; the property and contract of Pokémon; the ecological justice of Nausicaä; Shinto’s focus on order and balance; and the anxieties of origins in J- horror. This volume brings together a range of global scholars to refl ect on and critically engage with the place of law and justice in Japan’s popular cultural legacy. It explores not only the global impact of this legacy, but what the images, games, narratives, and artefacts that comprise it reveal about law, humanity, justice, and authority in the twenty-first century.

Along with Batman, Spider-Man, and Superman, the Joker stands out as one of the most recognizable comics characters in popular culture. While there has been a great deal of scholarly attention on superheroes, very little has been done to understand supervillains. This is the first academic work to provide a comprehensive study of this villain, illustrating why the Joker appears so relevant to audiences today. Batman’s foe has cropped up in thousands of comics, numerous animated series, and three major blockbuster feature films since 1966. Actually, the Joker debuted in DC comics Batman 1 (1940) as the typical gangster, but the character evolved steadily into one of the most ominous in the history of sequential art. Batman and the Joker almost seemed to define each other as opposites, hero and nemesis, in a kind of psychological duality. Scholars from a wide array of disciplines look at the Joker through the lens of feature films, video games, comics, politics, magic and mysticism, psychology, animation, television, performance studies, and philosophy. As the first volume that examines the Joker as complex cultural and cross-media phenomenon, this collection adds to our understanding of the role comic book and cinematic villains play in the world and the ways various media affect their interpretation. Connecting the Clown Prince of Crime to bodies of thought as divergent as Karl Marx and Friedrich Nietzsche, contributors demonstrate the frightening ways in which we get the monsters we need. 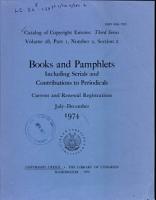 Dick Grayson's adventures as Nightwing continue in the third volume collecting the best-selling NIGHTWING series from DC Universe Rebirth! Hate is coming to Bl�dhaven, and it will tear Nightwing's world apart! Try and keep up as Dick Grayson spans the globe to piece together clues and uncover the mystery of who wants Nightwing dead! Among his stops across the globe, Nightwing finds himself up against old foes like Professor Pyg and his own great-great grandfather: the Talon known as William Cobb! Written by GRAYSON veteran scribe Tim Seeley, NIGHTWING VOL. 3 takes the spectacular adventures of former Robin, Dick Grayson, around the world! Collects NIGHTWING #16-20. 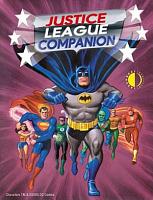 Commemorating the Justice League of America's 45th anniversary, The Justice League Companion is a comprehensive examination of the Silver Age JLA. Written by Michael Eury (author of the critically acclaimed Captain Action and co-author of The Superhero Book), The Justice League Companion traces the JLA's development, history, imitators, and early fandom through vintage and all-new interviews with the series' creators, an issue-by-issue index of the JLA's 1960-1972 adventures, classic and never-before-published artwork, and other fun and fascinating features!