* Ain't it Cool? was published in Warner hardcover (0-446-52597-9) in 3/02. The foreword is written by Quentin Tarantino. * Knowles' Web site gets over 1,200 emails and 1.5 million hits daily. Quentin Tarantino, Ron Howard, and Bruce Willis are among his many celebrity fans. * Harry has appeared on Roger Ebert & the Movies and Politically Incorrect, and has been profiled in The New York Times, Los Angeles Times, The Wall Street Journal, Vanity Fair, Newsweek, Time(R), Parade, US, and Entertainment Weekly. He was featured in Earthlink.com's $15 million ad campaign. * Internet site books have become instant New York Times bestsellers, including Matt Drudge's Drudge Manifesto (New American Library, 2000) and The Onion's Our Dumb Century (Three Rivers Press, 1999). * Also available as a Time Warner AudioBook(R).

From a veteran culture writer and modern movie expert, a celebration and analysis of the movies of 1999—“a terrifically fun snapshot of American film culture on the brink of the Millennium….An absolute must for any movie-lover or pop-culture nut” (Gillian Flynn). In 1999, Hollywood as we know it exploded: Fight Club. The Matrix. Office Space. Election. The Blair Witch Project. The Sixth Sense. Being John Malkovich. Star Wars: The Phantom Menace. American Beauty. The Virgin Suicides. Boys Don’t Cry. The Best Man. Three Kings. Magnolia. Those are just some of the landmark titles released in a dizzying movie year, one in which a group of daring filmmakers and performers pushed cinema to new limits—and took audiences along for the ride. Freed from the restraints of budget, technology, or even taste, they produced a slew of classics that took on every topic imaginable, from sex to violence to the end of the world. The result was a highly unruly, deeply influential set of films that would not only change filmmaking, but also give us our first glimpse of the coming twenty-first century. It was a watershed moment that also produced The Sopranos; Apple’s AirPort; Wi-Fi; and Netflix’s unlimited DVD rentals. “A spirited celebration of the year’s movies” (Kirkus Reviews), Best. Movie. Year. Ever. is the story of not just how these movies were made, but how they re-made our own vision of the world. It features more than 130 new and exclusive interviews with such directors and actors as Reese Witherspoon, Edward Norton, Steven Soderbergh, Sofia Coppola, David Fincher, Nia Long, Matthew Broderick, Taye Diggs, M. Night Shyamalan, David O. Russell, James Van Der Beek, Kirsten Dunst, the Blair Witch kids, the Office Space dudes, the guy who played Jar-Jar Binks, and dozens more. It’s “the complete portrait of what it was like to spend a year inside a movie theater at the best possible moment in time” (Chuck Klosterman). 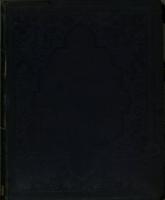 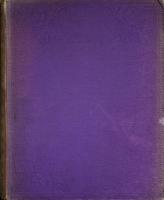 First introduced in a 1938 comic book, Superman has since become an iconic character in American entertainment. This complete history covers Superman's appearances in film and television, from the 1941 introduction of the first Superman cartoon to the 2006 live-action film Superman Returns. The book includes several rarely seen photographs of the actors who have brought Superman to life for over seven decades, including Clayton "Bud" Collyer, Kirk Alyn, George Reeves and Christopher Reeve. Multiple appendices provide a complete listing of Superman-related books and websites, along with a comprehensive list of the cast and characters featured in Superman films, television shows, and radio programs since 1941.

"The IFILM Internet Movie Guide" is the first-ever comprehensive look at the best films, film sites, review sites, fan sites, celeb sites and movie gossip available on the Internet. Unlike other traditional review guides, this book directs the film buff to movies that are immediately available to watch 24 hours a day on the Web--for free. Photos. 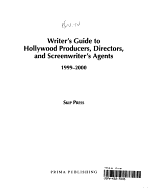 A guide for screenwriters lists hundreds of producers, directors, and agents, with summaries of what they want from writers and how to contact them