Readers who appear to be lost in a storyworld, members of theatre or cinema audiences who are moved to tears while watching a performance, beholders of paintings who are absorbed by the representations in front of them, players of computer games entranced by the fictional worlds in which they interactively participate – all of these mental states of imaginative immersion are variants of ‘aesthetic illusion’, as long as the recipients, although thus immersed, are still residually aware that they are experiencing not real life but life-like representations created by artefacts. Aesthetic illusion is one of the most forceful effects of reception processes in representational media and thus constitutes a powerful allurement to expose ourselves, again and again to, e.g., printed stories, pictures and films, be they factual or fictional. In contrast to traditional discussions of this phenomenon, which tend to focus on one medium or genre from one discipline only, the present volume explores aesthetic illusion, as well as its reverse side, the breaking of illusion, from a highly innovative multidisciplinary and transmedial perspective. The essays assembled stem from disciplines that range from literary theory to art history and include contributions on drama, lyric poetry, the visual arts, photography, architecture, instrumental music and computer games, as well as reflections on the cognitive foundations of aesthetic illusion from an evolutionary perspective. The contributions to individual media and aspects of aesthetic illusion are prefaced by a detailed theoretical introduction. Owing to its transmedial and multidisciplinary scope, the volume will be relevant to students and scholars from a wide variety of fields: cultural history at large, intermediality and media studies, as well as, more particularly, literary studies, music, film, and art history.

The notion of aesthetic illusion relates to a number of art forms and media. Defined as a pleasurable mental state that emerges during the reception of texts and artefacts, it amounts to the reader's or viewer's sense of having entered the represented world while at the same time keeping a distance from it. Aesthetic Illusion in Literature and the Arts is an in-depth study of the main questions surrounding this experience of art as reality. Beginning with an introduction providing historical background to modern discussions of illusion, it deals with a wide range of theoretical issues. The collection explores the nature and function of the aesthetic illusion as well as the role of affect and emotion, the implications of aesthetic illusion for the theory of fiction, the variable forms of aesthetic illusion and its relationship to other components of aesthetic response. Aesthetic Illusion in Literature and the Arts brings together a team of scholars from philosophy, literature and art and presents an interdisciplinary examination of a concept lying at the heart of contemporary aesthetics.

French composer Maurice Ravel was described by critics as a magician, conjurer, and illusionist. Scholars have been aware of this historical curiosity, but none so far have explained why Ravel attracted such critiques or what they might tell us about how to interpret his music. Magician of Sound examines Ravel's music through the lens of illusory experience, considering how timbre, orchestral effects, figure/ground relationships, and impressions of motion and stasis might be experienced as if they were conjuring tricks. Applying concepts from music theory, psychology, philosophy, and the history of magic, Jessie Fillerup develops an approach to musical illusion that newly illuminates Ravel's fascination with machines and creates compelling links between his music and other forms of aesthetic illusion, from painting and poetry to fiction and phantasmagoria. Fillerup analyzes scenes of enchantment and illusory effects in Ravel's most popular works, including Boléro, La Valse, Daphnis et Chloé, and Rapsodie espagnole, relating his methods and musical effects to the practice of theatrical conjurers. Drawing on a rich well of primary sources, Magician of Sound provides a new interdisciplinary framework for interpreting this enigmatic composer, linking magic and music. 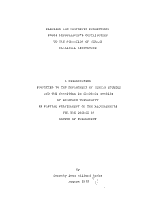 The Anglia Book Series (ANGB) offers a selection of high quality work on all areas and aspects of English philology. It publishes book-length studies and essay collections on English language and linguistics, on English and American literature and culture from the Middle Ages to the present, on the new English literatures, as well as on general and comparative literary studies, including aspects of cultural and literary theory. 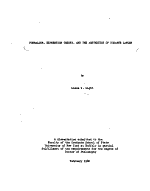