Frank Capra called her, "The greatest emotional actress the screen has yet known." Yet she was one of its most natural, timeless, and underrated stars. Now Victoria Wilson, gives us the most complete portrait we have yet had, or will have, of this magnificent actresses, seen as the quintessential Brooklyn girl whose family was in fact of old New England stock…her years in New York as dancer and Broadway star…her fraught marriage to Frank Fay, Broadway genius, who influenced a generation of actors and comedians (among them, Jack Benny and Stanwyck herself)…the adoption of a son, embattled from the outset; her partnership with the "unfunny" Marx brother, Zeppo, together creating one of the finest horse breeding farms in the west; her fairytale romance and marriage to the younger Robert Taylor, America's most sought-after male star…Here is the shaping of her career working with many of Hollywood's most important directors: among them, Capra, King Vidor, Cecil B. Demille, Preston Sturges, all set against the times-the Depression, the rise of the unions, the coming of World War II and a fast-evolving coming-of-age motion picture industry. At the heart of the book, Stanwyck herself-her strengths, her fears, her desires-how she made use of the darkness in her soul, keeping it at bay in her private life, transforming herself from shunned outsider into one of Hollywood's-and America's-most revered screen actresses. Written with full access to Stanwyck's family, friends, colleagues, and never-before-seen letters, journals and photographs.

Barbara Stanwyck swore like a sailor, chain smoked and was an alcoholic. And yet, she was one of Hollywood’s biggest stars, indeed, number eleven on the American Film Institute’s 100 Years of Greatest Screen Legends, and appeared in classic films such as Double Indemnity and Meet John Doe.In this fascinating biography, we follow the orphan who, by sheer determination, became a dancer in Hollywood and began her rise to the top. She auditioned for Frank Capra who called her a ‘porcupine’ and had an affair with her but after, made her a star.Barbara’s first marriage was to comic Frank Fay, they adopted a son whom she later abandoned in the most extraordinary way. Her second husband was Robert Taylor, to whom she vowed revenge after their break-up for his affairs with Lana Turner and Ava Gardner. Until the day she died, she collected 15 per cent of his substantial earnings. Yet on her own deathbed, she swore he was by her bedside waiting for her.Full of tragedy, ambition, success and jealousy, Hollywood stars and stories that include new revelations of affairs with both leading actors and actresses, as well as details of her films, this is a must for Barbara fans and film fans alike. Jane Ellen Wayne, who was employed by The National Broadcasting Company for fifteen years, is the author of numerous biographies of Hollywood stars that include Robert Taylor, Lana Turner, Clark Gable, Ava Gardner, Grace Kelly, Joan Crawford and Marilyn Monroe. Her most recent are The Golden Girls of MGM and The Golden Guys of MGM. She is listed in Who's Who of Women in the World and Contemporary Authors. Ms. Wayne resides in New York City.

A compelling portrait of one of Hollywood’s most invincible women, the late Barbara Stanwyck. A most unusual movie star, Stanwyck was an actress of considerable and neglected talent who elevated every role she had, a woman whose personal life matched the rocky road of her career. Whispered to be among Hollywood’s scandalous “sewing circle,” a group of internationally famous actresses who hid their potentially career-ending lesbianism and bisexuality, Stanwyck kept her liaisons a secret. Despite her steely resolve and her image as a take-control kind of woman, Stanwyck suffered from turbulent marriages and relationships, including her sensational marriage to, and divorce from, the abusive Robert Taylor. Madsen provides a fresh look at this fascinating, complex screen goddess, offering provocative and shocking details from one of Hollywood’s most interesting lives. 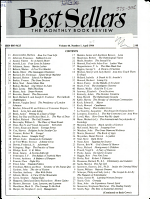 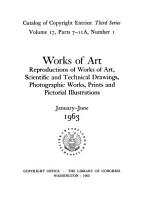