Tells about the Tudor period, an amazing period of British history, when for the first time an Englishman sailed around the world, North America was discovered, printed books appeared and Spain tried to invade England.

'The Hollow Crown is exhilarating, epic, blood-and-roses history . . . Jones's material is thrilling . . . There is fine scholarly intuition on display here and a mastery of the grand narrative; it is a supremely skilful piece of storytelling.' Sunday Telegraph The fifteenth century saw the crown of England change hands seven times as the great families of England fought to the death for power, majesty and the right to rule. The Hollow Crown completes Dan Jones' epic history of medieval England, and describes how the Plantagenets tore themselves apart to be finally replaced by the Tudors. Some of the greatest heroes and villains in British history were thrown together in these turbulent times: Henry V, whose victory at Agincourt and prudent rule at home marked the high point of the medieval monarchy; Edward IV, who was handed his crown by the scheming soldier Warwick the Kingmaker, before their alliance collapsed into a fight to the death; and the last Plantagenet, Richard III, who stole the throne and murdered his own nephews, the Princes in the Tower. Finally, the Tudors arrived - but even their rule was only made certain in the 1520s, when Henry VIII ruthlessly hunted down his family's last remaining enemies. In the midst this tumult, chivalry was reborn, the printing press arrived and the Renaissance began to flourish. With vivid descriptions of the battle of Towton, where 28,000 men died in a single morning, and the Battle of Bosworth Field, at which Richard III was hacked down, this is the real story behind Shakespeare's famous history plays.

The Medieval period was a fascinating time in British history. This book covers the period from the Norman conquest of England to the start of the Tudor monarchy, with the defeat of Richard III by Henry VII at the Battle of Bosworth.

From the arrival of Henry Tudor and his army, at Milford in 1485, to the death of the great Queen Elizabeth I in 1603, this was an astonishingly eventful and contradictory age. All the strands of Tudor life are gathered in a rich tapestry - London and the country, costumes, furniture and food, travel, medicine, sports and pastimes, grand tournaments and the great flowering of English drama, juxtaposed with the stultifying narrowness of peasant life, terrible roads, a vast underclass, the harsh treatment of heretics and traitors, and the misery of the Plague.

The author of the New York Times bestseller The Plantagenets and The Templars chronicles the next chapter in British history—the historical backdrop for Game of Thrones The inspiration for the Channel 5 series Britain's Bloody Crown The crown of England changed hands five times over the course of the fifteenth century, as two branches of the Plantagenet dynasty fought to the death for the right to rule. In this riveting follow-up to The Plantagenets, celebrated historian Dan Jones describes how the longest-reigning British royal family tore itself apart until it was finally replaced by the Tudors. Some of the greatest heroes and villains of history were thrown together in these turbulent times, from Joan of Arc to Henry V, whose victory at Agincourt marked the high point of the medieval monarchy, and Richard III, who murdered his own nephews in a desperate bid to secure his stolen crown. This was a period when headstrong queens and consorts seized power and bent men to their will. With vivid descriptions of the battles of Towton and Bosworth, where the last Plantagenet king was slain, this dramatic narrative history revels in bedlam and intrigue. It also offers a long-overdue corrective to Tudor propaganda, dismantling their self-serving account of what they called the Wars of the Roses. 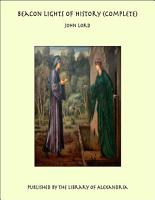 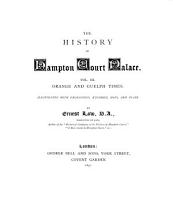