A fantastic collection in every sense of the word. Perfect for readers of Neil Gaiman, Ray Bradbury, Pete Hamill, Warren Ellis, or Mike Mignola, with a bit of Patrick McManus thrown in for good measure. Within this collection of short stories you will find a variety of monsters -- a whole consternation of them, to use the collective noun. In these tales, a creature of make-believe proves difficult to disbelieve, a trickster-god takes an unkindly interest in witnesses, eldritch horrors can be summoned with a quilt, frustrated wolves face dangerous prey, the angel of death wears a plaid sport coat, wise old women are to be feared and heeded, Elvis remains king, the corpses of legends can be perilous to have around, and where one of the most powerful and potentially dangerous objects in the world is a fork. Eric Fritzius is writer, playwright, teacher, and actor of stage, screen and U.S. and Canadian basic cable. His stories have appeared the anthologies Mountain Voices, Dark Tales of Terror, and Diner Stories, as well as in Greenbrier Valley Quarterly Magazine. Eric lives in Greenbrier County, W.Va., with his wife and his dogs. 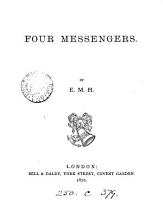 While Universal's Dracula and Frankenstein (both 1931) have received the most coverage of any of the studio's genre releases, it is the lesser known films that have long fascinated fans and historians alike. Starting with The Last Warning, a 1929 movie released as both a silent and a talkie, Universal provided a decade of films that entertained audiences and sometimes frustrated critics. Each of Universal's horror, science fiction and "twisted mystery" films receives an in-depth essay for each film. The focus is first on the background to the making of the movie and its place in the Universal catalog. A detailed plot synopsis with critical commentary follows. Filmographic data for the film conclude the entry. Universal's The Shadow short film series is covered in an appendix. Many rare illustrations and movie posters are also included.